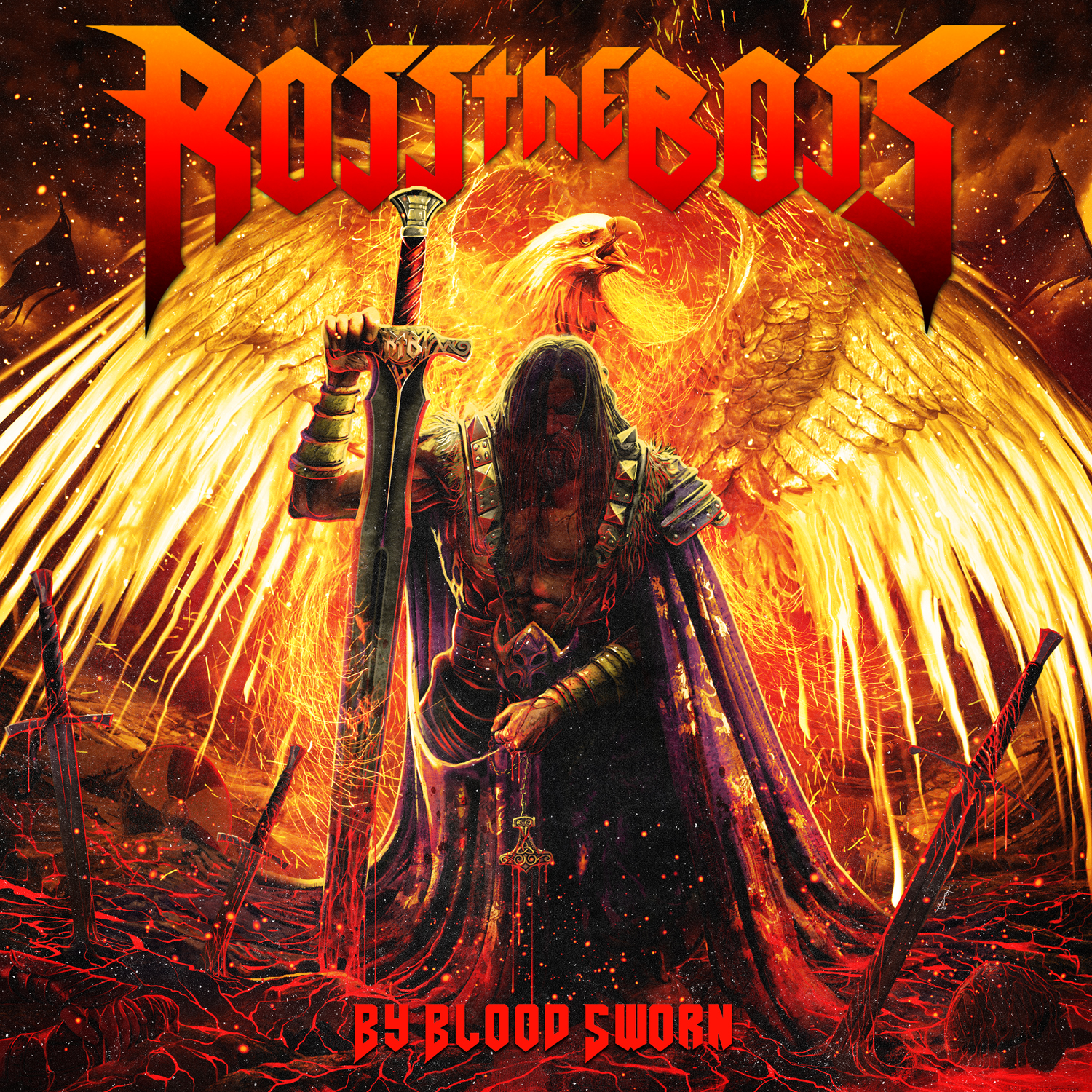 We all know and appreciate Ross the Boss Friedman as the man who co-founded Manowar back in the late seventies together with Joey DeMaio. They wanted to become the loudest band in the world and they came goddamn close. After some years and albums the characters of Ross and Joey started to clash heavily resulting in Ross leaving the band. Currently he plays in the group DeathDealer and he has his own band with singer Marc Lopez, drummer Lance Barnewold and bass player Mike LePond (who recently released material of his own). For sure ‘By Blood Sworn’ is a pure heavy metal album and you can hear how important Ross once was for the sound of Manowar. He has a certain sound and style that now can be heard on ‘By Blood Sworn’. Yes, it sounds a bit like Manowar in their early days, there is no denying that but the relentless style and structure of the songs should be seen as a very pleasing attraction to any metal head with a preference for that style of metal. Is there ‘a yes, but’ somewhere in this? Yes, singer Marc Lopez is not bad but he cannot even stand in the shadow of a certain Eric Adams. Especially in the higher regions it is sometimes a bit ‘shaky’ but the crunching character, the explicit guitar of Ross and some good songs more or less soften the blow of the not always up to scratch vocals. But then there is an acoustic based ballad called ,,Faith Of The Fallen’’ where Lopez sings in a completely different key and he does that quite convincing. Is ‘By Blood Sworn’ perhaps a bit of a trip down memory lane for as well Ross as the fans? It does sound like that and to be honest, that is okay. As is the overall quality of this album although there are a few bumps on it as well.