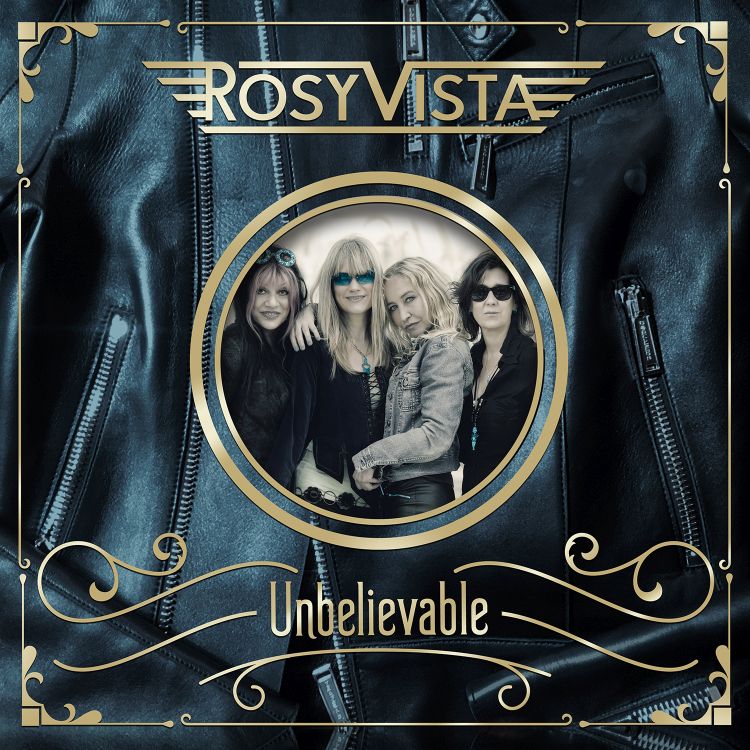 The first all female German hard rock band Rosy Vista started out some 35 years ago. They were active from 1984 until 1989 only releasing the EP ‘You Better Believe It!’ After a long break the group started again around 2008 (in 2002 they shortly reunited) but it has taken them this long to finally release their first full album. ‘Finally’ would maybe have been a better title after having to wait so long. Three of the four founding members of Rosy Vista are still present today (singer Andrea Schwarz, guitarist Anca Graterol plus drummer Marina Hlubek), only bassist Angela Mann is ‘new’. The songs on ‘Unbelievable’ are not all new compositions. The five songs of that already mentioned EP have been re-recorded, six new songs were added plus the Steppenwolf evergreen ,,Born To Be Wild’’. Is this a record that is going to put Rosy Vista on the map? I have my doubts. It is not bad what the girls are producing, the straight forward hard rock has tempo and some decent guitar work but it all sounds very simple and at times very cliché. Rosy Vista does not have that certain ‘something’ you need. It is hard to pinpoint but ‘Unbelievable’ is a record that rocks along without leaving an impression. I don’t think that the general rock world will take much notice of this but at least for this group a lifelong wish has come true.