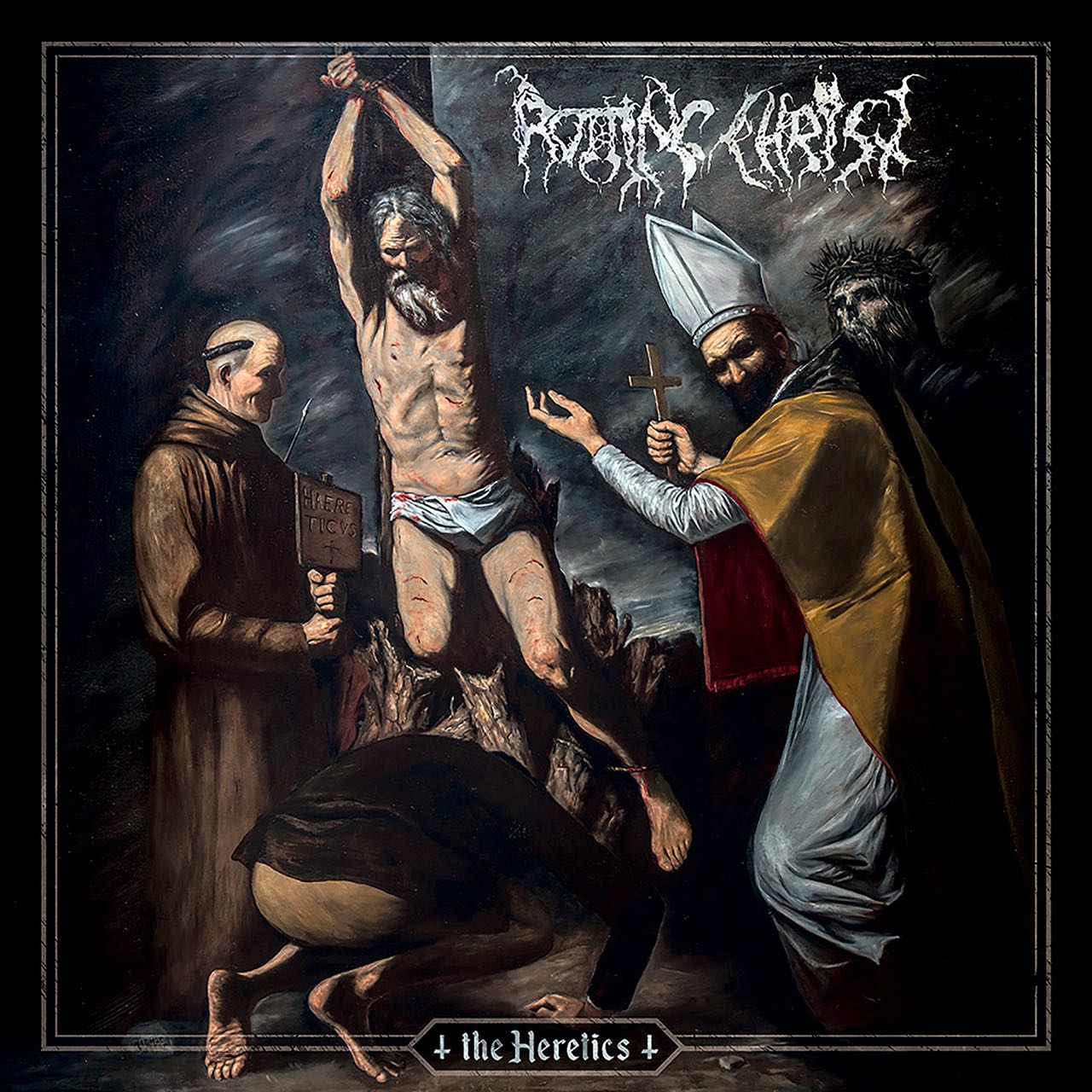 I had intended to put this release within a wider context of previous releases of Rotting Christ. Then I thought; “Well, if this album can’t stand on it own it’s no use to go and tell the story behind it.” ‘The Heretics’ is a concept album and the follow up of 2016s ‘Rituals’. Rotting Christ has been experimenting with chants and choir vocals in their music for a long time. Despite this or maybe because of it, their music has been alive, powerful and very interesting. Until now, they have not lost their power or the will to come up with innovative compositions. However I do feel that this album is different. First of all there are a lot of repetitions in the songs on this album. Furthermore, it appears to me that this album is sorry lacking in raw power. I get the feeling that the songs are uninspired. It’s not that the band is not trying. As usual they invited guest singers and additional musicians. But somehow this does not work out as well as on their previous albums. I find it a bit hard to put exactly my finger on it. Perhaps it’s the lacklustre production of the guitar sound that never gets enough bite to get me excited, maybe it’s the performance that sounds tiresome and predictable. Yes, I know, it’s been a long time since Rotting Christ played real black metal. That is not my problem. My problem with this album is that it commits the ultimate cardinal sin; it’s boring and listening to it felt like a task. Because of this I cannot recommend it.