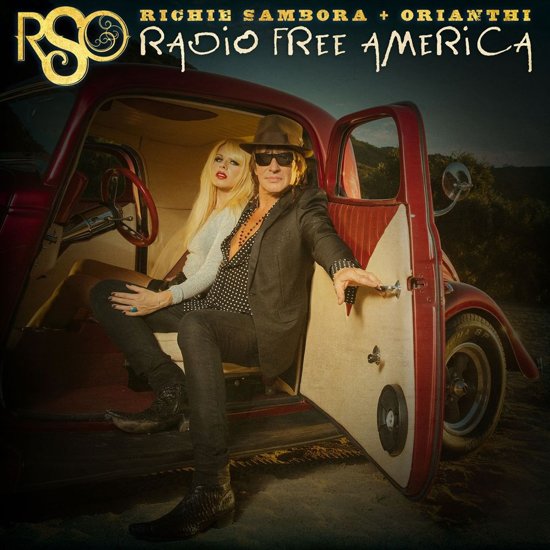 Some time ago colleague Edwin van Hoof reviewed the five track EP ‘Rise’ of RSO which stands for Richie Sambora and Orianthi. I waited for the regular CD to come out and was curious especially because a bloke like Bob Rock (Metallica) was responsible for the production. The five tracks of the EP are all put on this fifteen (!) track CD good for more than 67 minutes of music. There are some decent moments on this CD as both musicians are experienced guitar players and singers but the mix that they have put together is far from great. RSO stands for a mix between rock, pop, a sniff of blues and country. Bob Rock has given the CD an excellent sound and the musicianship is good and full of variation. But when you start covering Sonny & Cher’s ,,I Got You Babe’’ there is something very wrong. I don’t know what it is with Richie Sambora but when he is down on his luck in relationships he drowns himself in blues resulting in ‘Stranger In This Town’, his 1991 master piece. But all the solo stuff he released after that was recorded in ‘happiness’ and lacked inspiration. Now that he forms a couple with Orianthi yet again we are confronted with ‘lovely dovely’ stuff including a Christmas like tune like ,,One Night Of Peace’’. For heavy rockers this CD has not got too much in store. ,,Making History’’ and ,,Hellbound Train’’ are rocking along nicely but RSO lacks a definite direction. They are trying to please pop, rock and country fans with this CD and because of this chopping and changing in styles too often this CD just does not cut it for me. There are good moments there (the bluesy guitar work in ,,Blues Won’t Leave Me Alone’’ is just outstanding as is the song) but some songs are really not very interesting at all. If RSO would have been a little more selective in their tunes and had dumped several songs ‘Radio Free America’ would have been more interesting and captivating then it is now.