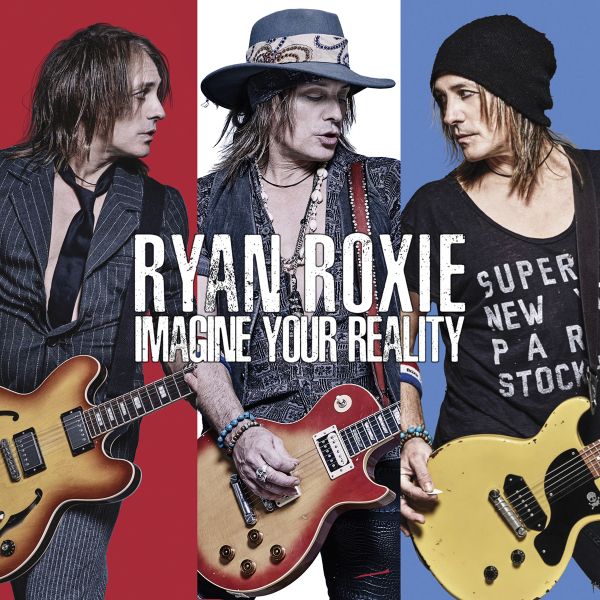 Guitarist/singer Ryan Roxie is one of the people that regularly joins Alice Cooper so in a way he is assured of an income as it is a known fact that musicians playing with Alice get a fat pay check. ‘Imagine Your Reality’ is the first solo effort of this dude and as far as I am concerned he should stick to being a side kick for Alice Cooper. This is a ten track album clearly inspired by Cheap Trick with short, to the point high energy songs that are being sung by Ryan himself. Not the best idea in the world. He has not got a remarkable voice. The songs are a bit pop meets a punky/rock and roll attitude, fast and energetic, extremely short in some cases and you have forgotten them as soon as you have heard them. But to be honest there are indeed songs that are better like for example ,,Uh Oh Song’’ (with a flashy but short solo), the Tex Mex flavoured ,,Hearts In Trouble’’ and ,,God Put A Smile Upon Your Face’’, with its length of 4.20 minutes by far the longest track on the CD that does not even reach the 35 minutes mark, which in this day and age is a disgrace especially as a customer has to pay the full price. But something tells me there will not be a big line in front of any record store when this CD finally hits the shops….