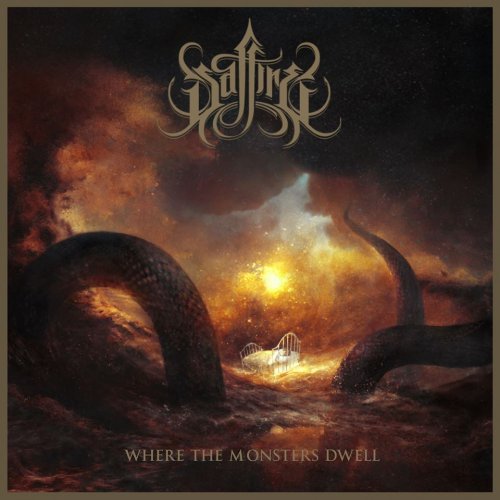 Okay, I will be the first to admit that on their third CD the Swedish rockers Saffire do not sound very original as their music is built around classic influences from especially Rainbow and Deep Purple but there are also some elements in there that make me think of Spiritual Beggars as well. But originality is not always the be all and end all. It should be about a total package that includes sound, performance, songs, variety, melody and a certain amount of stability in the material. On all these fronts Saffire really hit the nail on the head. Being contracted by the American label Perris the five musicians have really put together a tasty classic rock record with songs that do have some modern elements as well. Vocalist Tobias Jansson is definitely one of the strong points of Saffire, melody, power and variety are three key elements in his vocal performance. On the best song of the CD, the melancholic ballad ,,Fortress’’ he reminds me a lot of John Payne of Dukes Of The Orient. In fact ,,Fortress’’ would have been a perfect song for Dukes Of The Orient themselves! ‘Where The Monsters Dwell’ is a record that just has a certain something. It is a vast improvement on its predecessor ‘For The Greater Good’ as the songs are better balanced and especially the production has improved a lot. Sometimes towards a record that sounds a bit familiar, and this album just does, as a critic you just don’t have to say much. Songs like ,,The Rainmaker’’, ,,Valley Of The Damned’’, ,,Fortress’’ or ,,How Cold Is Your Blood’’ just speak for themselves: quality classic rock that never disappoints. Recommended for the fans of the above mentioned groups.