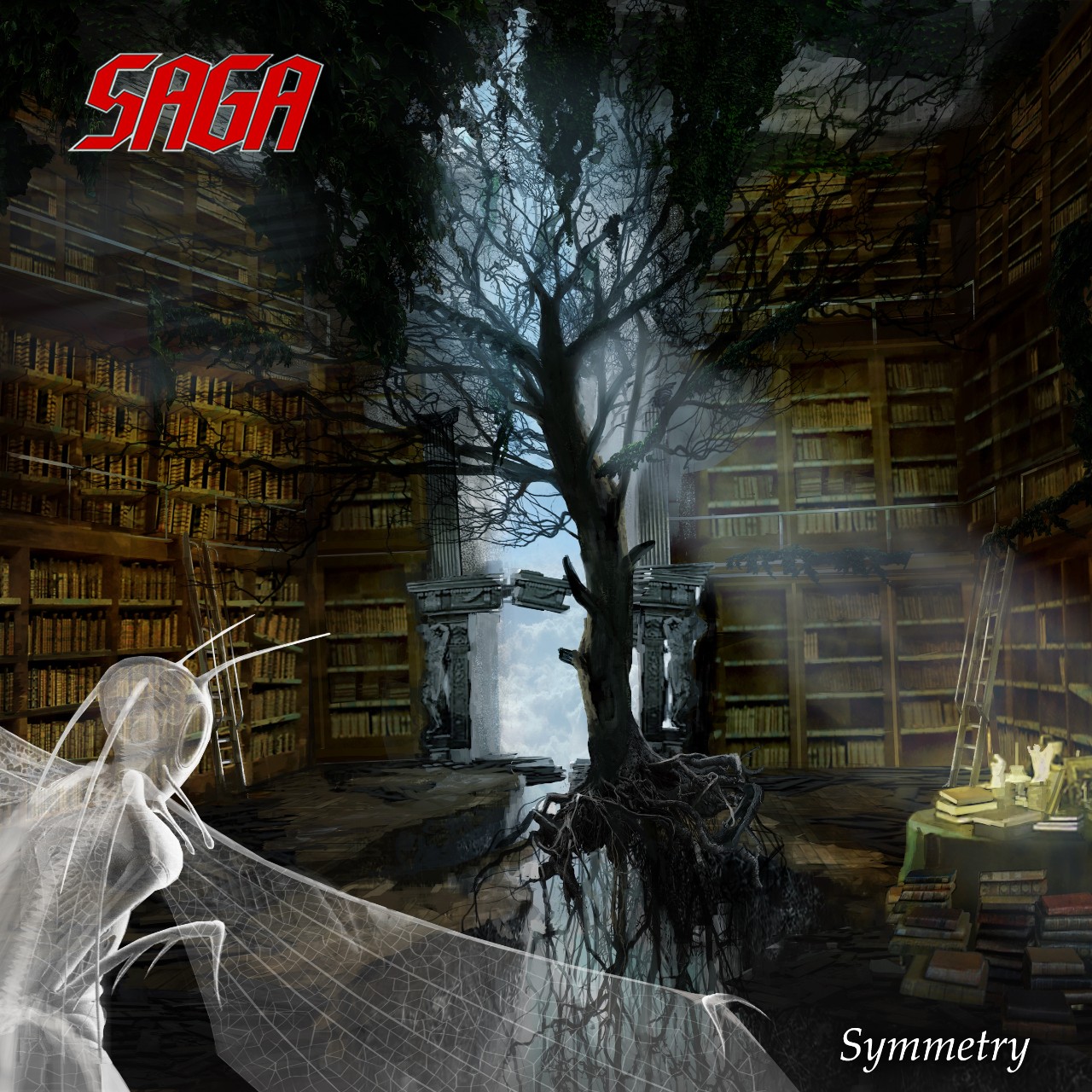 Canadian sympho giants Saga return to the spotlight with ,`Symmetry’, an acoustic album reinventing their music. Originating from their 2020 tour which got cut short due to the current pandemic, Saga hit the studio to seize the moment upon their return home. `Symmetry’ offers a peak into the wide varied and exquisitely constructed progressive rock tunes of the band’s 50 year spanning career. Do not expect the obvious here. This is SAGA.

Casting aside the classic acoustic format many embraced after `Unplugged’ MTV’s hit series, Saga again displays their musical ability and don’t refrain to simple renditions unplugging their instruments. Leaning on the band’s trademark interaction of guitar and keys, the tracks get completely revamped with exquisite deep arrangements and colourful executions. The musical pallet is as wide and varied as the band’s 5 decades spanning career from which they delve successfully. I could have easily thrown in 20 tracks from my personal scope, yet Sadler, Crichton and Gilmour persevere parading the unexpected. Supporting their tracks, the band opens to them with colourful classic tinged preludes. Especially the cinematic ,,La Foret Harmonieuse” opening for the band’s raved classic ,,Wind Him Up” is an astonishing piano prelude that intensifies the following track that flowers with rich percussion and string arrangements. Sadler’s voice needs to get acquainted to delving from a different register. Displaying he needs power to fully bloom, on ,,Wind Him Up” he oozes a calmer tone that needs adjustment for the listener. This soothing calm setting is broken towards the end when the song turns into a progressive jazzy direction in which the violin breaks from its hovering floating root and goes Celtic. The track sums up the wide spectre and musical introspection presented on `Symmetry’. Elements from Beatles’ elemental psyche are holding up the tapestry of the warm and appealing ,,Say Goodbye To Hollywood”. Flamenco-like acoustic guitar is fused to the organ of ,,Fools On The Hill” before an accordion enters, injecting magnifying character to the song. Originally structured with jazz-rock elements, the song now whelms with psychedelic subnotes. Bass lines are dominant but subdued by the rich string arrangements that pave the way for intense guitar bottleneck guitars echoing. Again, the song is dominated by calming echoing vocals, rich and appealing. Typical Saga is ,,Pitchman” which grips into their classic catalogue without falling out of place here. Jazzy (DiMeola) like guitars from Crichton are progressing over richly orchestrated string arrangements and dominant piano melodies intensified by the throbbing bass. Mid-section the song displays Saga’s profound sound, exfoliating with jazz prog and sublime drive. It picks up pace and extravagantly urges with rhythms and guitar amplifying the drive of the song. Spanish flamenco elements, Celtic danceable pub beats and fiddling align with Americana bar patina and progressive Saga-typical arrangements. Going more symphonically and classic the band reflects on their catalogue with the phenomenal ,,The Perfect Time to Feel Better”. Rooted in the band’s classic era it warps me back to `Images At Twilight’. 8 minutes of sheer musical extravaganza abound. Sadler sounds pristine as ever drawing from his classic recognizable charming tone. Progressing with heavy string arrangements the song also features commanding violin spots from guest musician Stefany Seki over intense colourful drums and percussion. The track unites the band’s classic sound with the acoustic rich setting of the album and opens towards the wonderful version of live cracker,,Images – Chapter 1”, that blooms with an its typical calming notes and Sadler’s rich voice. Vocal interaction is deep and multi layered, making this a highlight for fans of the band’s heydays. From ,,House Of Cards” hails the bass dominated ,,Always There” that benefits significantly from this make over. Polyrhythmic percussions and deep bass add lustre and prove the timelessness of the song, often discarded by fans. Perfectly following the curve of the album’s listening experience that slowly rises and elevates pace and intensity before demoting it’s urge and drive. However, it is those musical experimental tracks the display most grace, like ,,The Right Side Of The Other Hall” with its intense jazzy signature and typical Saga enchanting allure. Fascinating how it gels so perfectly well with its abundantly urging jazz-rock components and Saga’s elemental melodies. It all finds an almost superlative to the album with the closing track ,,Tired World”. Prodigious in its memorable melody, the song progresses with withheld tranquillity into the eluding brisk chorus. Low bass propels the song in its instrumental section that is rich of percussion and acoustic guitar licks. Strings embellish the melody to ravishing standards. It is impressive, especially when the song dies out and returns to the opening track of the record.

`Symmetry’ again proves Saga’s brilliance. Though it needed some time to really attract me in its fullest, the album is now in hot rotation. It is an exclamation point of Saga’s catalogue. Classic tracks flourish in richness and lesser predictable songs also benefit from their makeover. `Symmetry’ is a must hear displaying the band’s authority in the genre and their outstanding musical emission of constant memorable tracks with ground breaking hooks melodies over 50 years. “Groundbreaking” perhaps applies the most.