SAINTED SINNERS-Back With A Vengeance 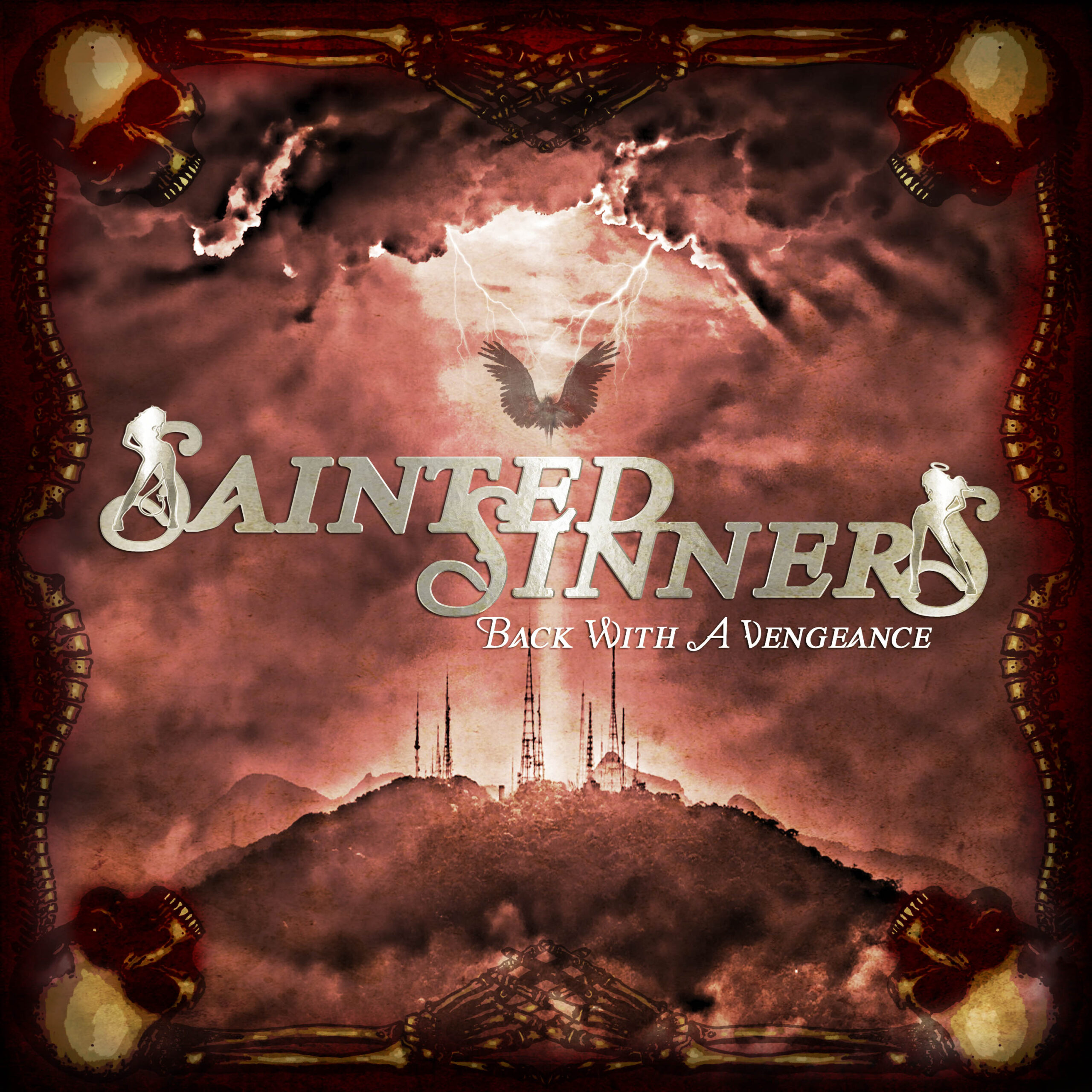 SAINTED SINNERS-Back With A Vengeance

February 7, 2018 by Michel van de Moosdijk - More about our team

Exactly one year after their self-titled debut album Sainted Sinners report back with their second piece of art called ‘Back With A Vengeance’. A lot has happened in between these two releases. Singer David Reece spent some time in his home country America, worked on a solo-CD, signed a deal for that with Mighty Music, is going to take the Accept album ‘Eat The Heat’ (that he recorded with that group in 1989) to the stage, did a guest performance for the band Zhenx and found the time to compose and record material for this new Sainted Sinners CD. Guitarist Frank Pane spent time with his regular outfit Bonfire, releasing a new CD and touring with the group. In the meantime Sainted Sinners saw guitarist/keyboardist Ferdy Doernberg leave the group as he could not combine other activities and commitments any longer with the band. So, in just one year a lot has happened and here they are as hungry and cocky as ever with an album that is yet again a sort of a tribute to classic rock and roll and hard/heavy rock. Reece and Pane have always said that Sainted Sinners is a band that is inspired by greats like Van Halen, Deep Purple, Whitesnake etcetera. The big difference with the first album is for me that the role of Frank Pane has grown a lot on this release. The flamboyant guitarist has received an enormous portion of freedom and room to fill ‘Back With A Vengeance’ with killer riffs and solos in which sometimes the influence of Eddie van Halen comes to the surface (,,Burnin’ The Candle’’). Still, I just wonder why this guy is still playing second fiddle in a band like Bonfire as he shows on ‘Back With A Vengeance’ what he really can do if he gets the freedom to shine. It is not that Sainted Sinners does anything out of the ordinary on this CD. The songs are embedded in a classic rock sauce that we are familiar with but that familiarity makes the result finger licking good and tasty. David Reece has proven yet again that his voice keeps growing and growing, giving the songs more ‘bite’ by approaching the tracks more aggressive than on the first CD without losing the melodic aspect out of his sight. Some of the lyrics like the title track for instance are a bit autobiographical as well, making it more personal for the vocalist. It is clear for everyone to hear that Reece and Pane have developed themselves into a deadly rock duo who feed of each other and inspire each other to greater heights, being assisted by the steady Hungarian drummer Berci Hirleman and the flashy bass player Malte Frederik Burkert. This CD might have less keyboards in comparison with its predecessor but has gained on stability and groove. Together with a band like Voodoo Circle with their latest work ‘Raised On Rock’, Sainted Sinners has also come up with an effort that is a true and convincing celebration of classic hard and heavy rock, giving the genre a big boost and a firm shot of energy. If you cherish the first CD ‘Back With A Vengeance’ is a definite must. A bit different perhaps but more determined and guitar orientated!