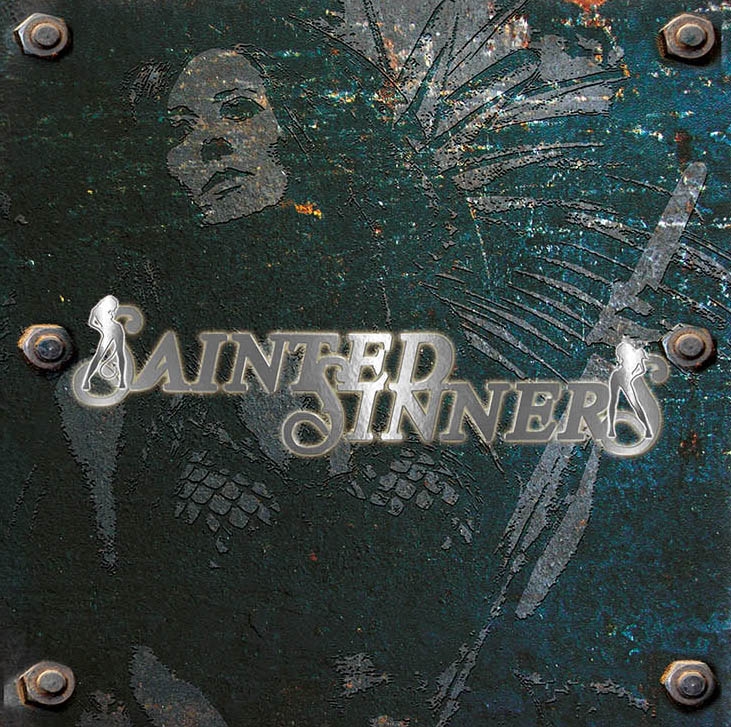 February 9, 2017 by Michel van de Moosdijk - More about our team

In July 2016 it came to a breach between singer David Reece and the German band Bonfire with whom he released the CD ‘Pearls’ a few months earlier. There were problems between management and Reece who also did not see eye to eye anymore with the undisputed band leader Hans Ziller. He kept a good relationship with second Bonfire guitarist Frank Pane who came to visit David in his home in Italy. One thing led to another and the duo decided to renew/continue their working relationship by starting Sainted Sinners. Pane, who had played in the band Purpendicular recruited drummer Berci Hirleman and bassist Malte Frederik Burkert from that formation and the band was completed by keyboardist/guitarist Ferdy Doernberg (Axel Rudi Pell). Well, the name of the band plus the past of three of the members should already give you an excellent indication about the music this five piece outfit is demonstrating on their first CD. It is a healthy but powerful crossover between Deep Purple, Van Halen, Whitesnake and affiliated bands. Pane had the bulk of the material more or less ready when he visited Reece who only needed to write lyrics and melodies. It basically explains why this album has come about so quickly, within about six months or so. In such a short time Sainted Sinners have managed to put a solid, cohesive and above all hard rocking package of songs together that have all the classic elements but do not sound corny or too old fashioned. And although there are a lot of familiar sounds to be heard on the eleven tracks, you cannot say that Sainted Sinners are just a bunch of rip off artists. Far from. Pane delivers some strong riffs and gutsy solo’s, Doernbergs keyboards are just colourful in more ways than one and it appears he plays a bit of mean slide guitar as well (listen to ,,We’re All Sainted Sinners’’). Reece is his usual self: combining lots of melody with sheer power, aggression, feeling and emotion (some of the lyrics are autobiographical), proving once again that he is still up there. Looking at the whole picture Sainted Sinners sounds very convincing on this excellent first album that should appeal to a large army of hard and heavy rockers. My favourites? I would say ,,Blue Lighting Man’’ with its beautiful acoustic intro and ,,Did You’’ , a song that combines all the elements this band has to offer to the max.