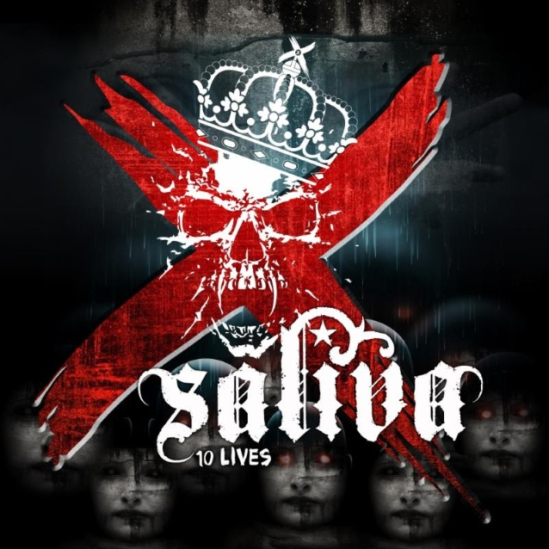 Seven years ago, Saliva got hit with a situation where a lot of other bands would have been split up. Their singer, Josey Scott, decided to leave the band after 15 years and a huge band career. So what to do with a gold and platinum record back catalogue? Of course, rise up like a phoenix. That’s exactly what the band did with new singer Bobby Amaru just shortly after. The first record with Bobby on vocals was a pure statement: ‘Rise Up’ (released earlier as a fan edition under the name ‘In It To Win It’). No leaving singer would ever destroy the power of Saliva and therefore, the band marched on into a new chapter of their career. Today, in 2018 we can already welcome the third record of the new era called ’10 Lives’. It’s exactly what the fans would expect, pure Saliva. Thirteen fresh modern rock tunes that are definitely connecting to the platinum days of the band and prove that this story ain’t over. As we all know, a cat has nine lives, so this has supposed to be a Spinal Tap cat, as it’s one older J One life is indeed enough for the band to crawl back onto the throne they once left. But usually it’s the fallen who come back stronger and Saliva 2018 are probably one of the strongest releases I have heard so far.