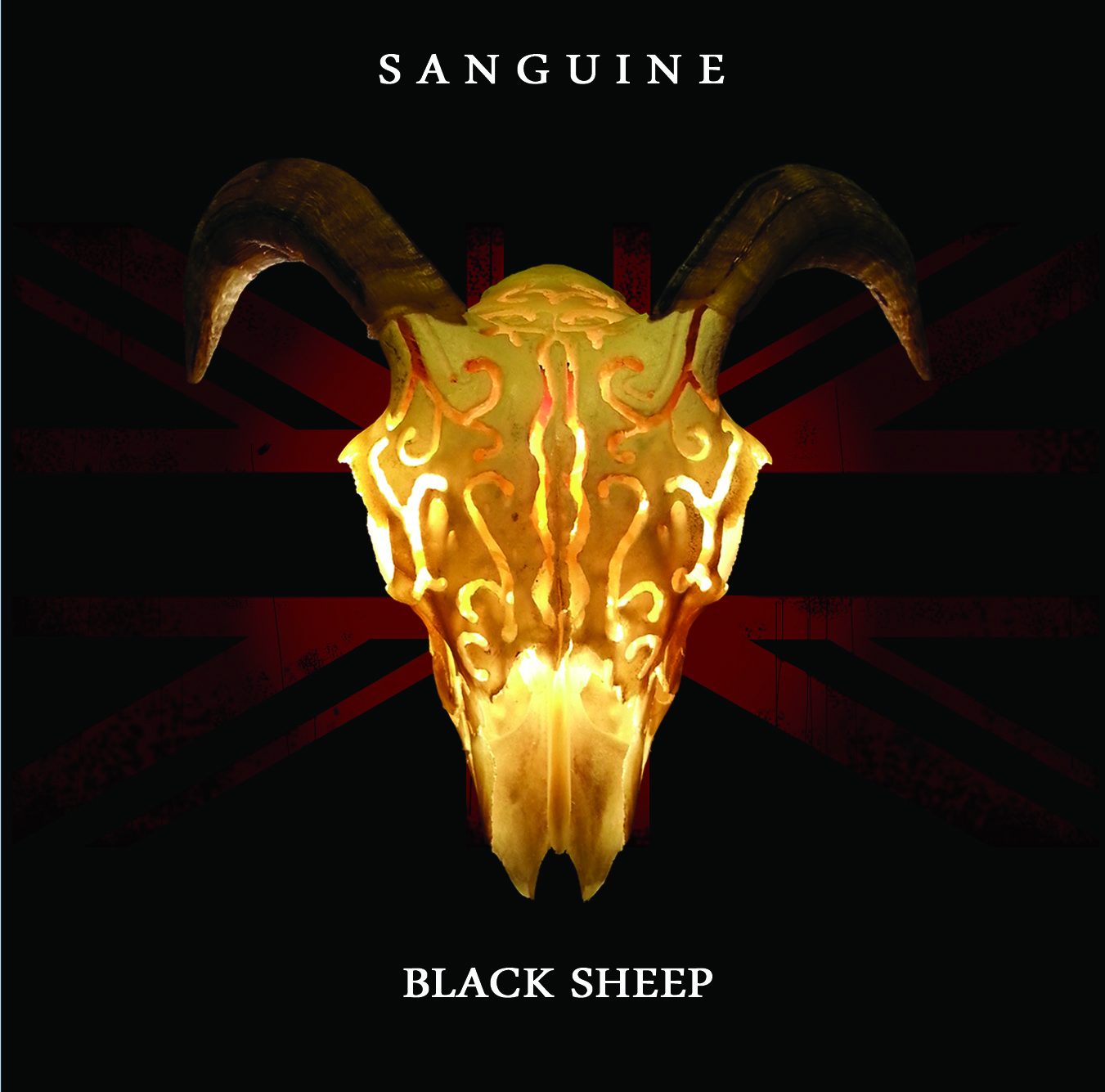 Sanguine is a female fronted metal band but from another breed. While a lot of female singers choose for an angelic, soprano performance and bathing themselves in pompous music, this lady, Tarin Kerrey, presents a more eccentric and extreme sound. She already tricks you right away by starting the first song ,,Breaking Out’’ with normal clean vocals but suddenly switching to psychotic screams during the chorus, resulting in an explosion of aggression. The second track ,,Pretty Girl’’ is a heavy loaded grooving bastard blending great with the bittersweet clean vocals of Tarin performing well-done haunting vocal melodies here. `Black Sheep’ has clearly two faces: A big part of the songs are heavy and based on gritty, modern guitar riffs, infectious rhythms and cool drum loops but having enough melodic elements on every level to make them catchy as well. Then there are a few songs taking the band into a more calm, even dreamy direction, like beautiful sounding ,,The Blue’’ and the passionate ,,Breathe Out’’ with nice acoustic guitar patterns. Surrealistic but definitely interesting is ,,Carousel’’ in which this 4-piece from England confirms not to be afraid to experiment. The ballad ,,Whole World’’ is closing down the album but unfortunately this one doesn’t give me goosebumps at all. Sanguine recorded `Black Sheep’ in Sweden together with ex-In Flames guitarist Jesper Strömblad, who has co-written the songs ,,Empty’’ and earlier mentioned ,,Breathe Out’’ (featuring Jesper on solo guitar as well) and producer Daniel Flores (Crucified Barbara, Seventh Wonder, Murder Of My Sweet). The result is a divers repertoire with an in-your-face clear sound without bullshit but with a few elements of surprise. Sanguine is definitely a black sheep in the female fronted family but they don’t have to worry about that because with this album they show their talent and manage to stand out in a different but positive way.