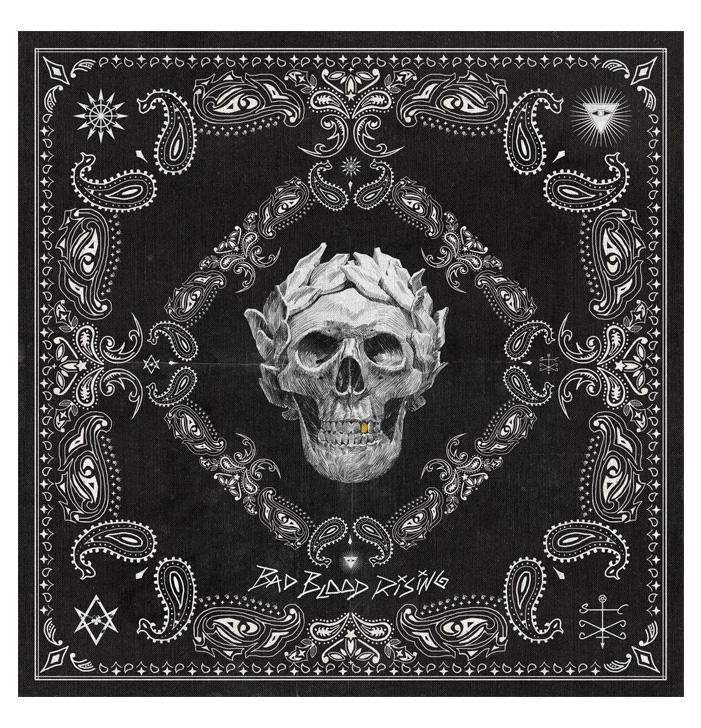 After two albums on Spinefarm Records Finnish modern hard rock band Santa Cruz has released its third album ‘Bad Blood Rising’ through M-Theory Audio, an indie metal label from Las Vegas. Were the previous two albums already of a high standard, ‘Bad Blood Rising’ is even better. The band sounds great, the songs are still very catchy but still heavy with a lot of dynamics, a modern sound and they manage to capture the energy of a live show. Singer Arttu ‘Archie’ Kuosmanen steals the show whether it is in aggressive uptempo songs like ,,Voice Of The New Generation’’ (hello Skid Row) or in the emotional ballad ,,Breathe’’ (hello GN’R) and the man even raps in ,,Back From The Dead’’. There is also a leading role for co-founder of the band, guitarist Joonas ‘Johnny’ Parkkonen who lays down great riffs and tasteful solos. It is impossible to pick a favourite track because they all have their unique ingredients like the sublime solo in the ballad ,,Get Me Out Of California’’ (which I am sure they don’t mean), the gang vocals in the furious opener ,,Young Blood Rising’’ or the fast and even more furious ,,Pure Fuckin’ Adrenaline’’. There are two songs on the album with the same title and those are ,,River Phoenix’’ and ,,River Phoenix (Part 2)’’ but where the first one has catchy arrangements and cool solos the second one is more experimental and well built up. ‘Bad Blood Rising’ is an album worth listening. Trust me, when you like GN’R, Skid Row, H.E.A.T or CrashDïet for that matter, you won’t be disappointed. The album is packed with a mix of 80’s hard rock, punk, glam and metal and it works because there is never a dull moment. Well done guys.