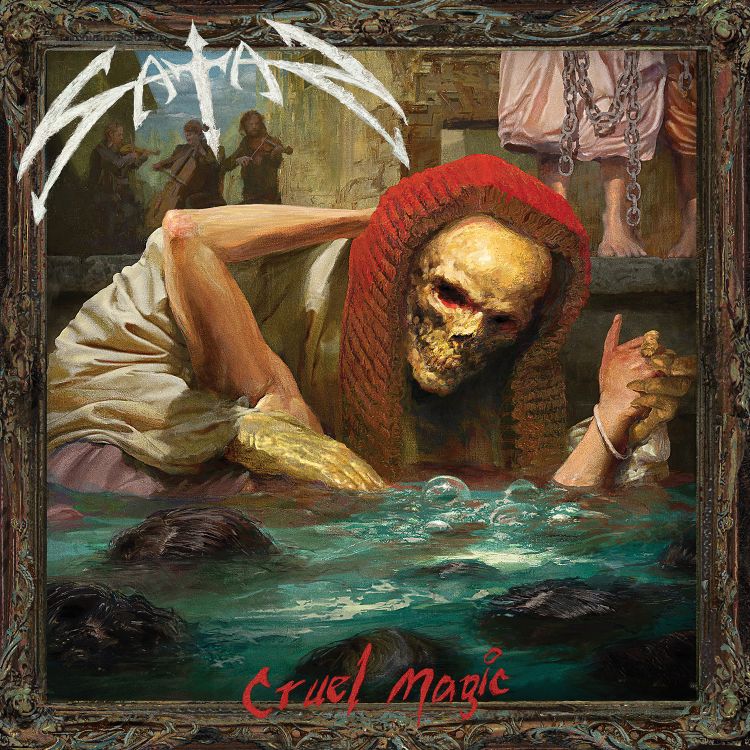 Satan’s new album ‘Cruel Magic’ hits me much harder than their previous efforts ‘Life Sentence’ (2013) and ‘Atom By Atom’(2015). Maybe I had too high expectations for those albums after I watched their marvelous come back on the Keep It True festival in Germany in 2011, although ‘Life Sentence’ had its charm. I saw them several times more in the years that followed and every time I went home with a good feeling. Now with this new album ‘Cruel Magic’ that good feeling is back and I can’t wait to see them live again on the Keep It True festival next year. ‘Cruel Magic’ is an album that goes back to the good old times of the NWOBHM. The time where ‘Court In The Act’ came out, which is still one of the greatest albums ever made in my opinion. A must have! But this new album comes very close to that feeling again. Great song structures, great riffs by Steve Ramsey and Russ Tippins, a mighty rhythm tandem by Sean Taylor on drums and Graeme English on bass, And of course Brian Ross on vocals, whose voice fits perfectly with this kind of heavy metal. The album starts with Into The Mouth Of Eternity” which isn’t even the greatest track on the album but as an opening track it satisfies. Next in line is the title track Cruel Magic” which I prefer even more. But with The Doomsday Clock” this album really hits me harder and harder. This track stands for Satan anno 2018 and that my friends is quality music played by skilled musicians. The album continues in a very nice pace with several magic guitar solos from Russ Tippins until the last track Mortality” which is a bit slower. Several highlights on this new Satan album. Go and discover. If you liked their entire catalogue this is a must have. If you still don’t have a clue go check them out. At the moment I write this down they are touring the United States. Next year you can admire them in Europe. I can’t wait for that!!!