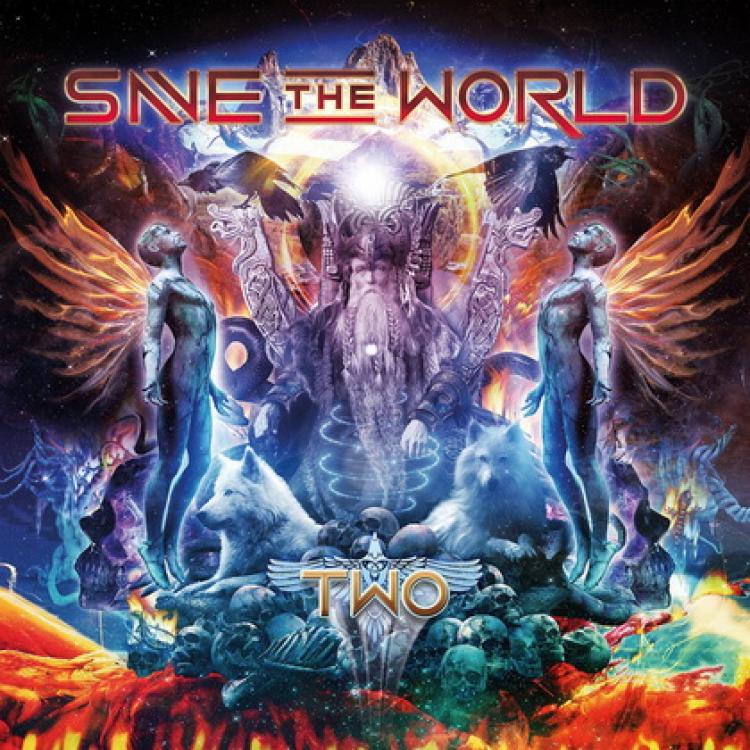 As I have already mentioned in my previous review for the band’s first release ‘One’, Save The World is a US based duo of established musicians who recently signed a deal with the Italian Frontiers record label. Dan Tracey – Lead and background vocals, electric and acoustic guitars, keyboards, drums. Robert Wright – Bass, electric and acoustic guitars, keyboards, synthesizers, drums, cellos, lead and background vocals, drums and percussion.

Together with the ‘One’ re-release, they release a brand new record simply named ‘Two’. And as the first original release dates from a few years back (2017), I am more than curious how the new album has given progress to the band’s music, vision and style.

Well, they certainly still draw inspiration from the same pot, but the opening riff of the first track ,,Camera Obscura” makes clear that this time the progressive side is more present than on their debut. But make no mistake, the melodic and AOR elements are certainly more than present. Just listen to ,,Miss Muze”, a songthat could have easily been on a Heart album in the 80s/90s.

Save The World’s chief songwriter Dan Tracey yet againproves that he is a excellent songwriter, singer and guitarist. This band/project still is all about writing songs with great hooks and catchy melodic choruses. I can get seriously happy from a song like ,,Man On An Island”, despite, or maybe just because, it could have been on a classic Boston album.

Of course it is inevitable to compare these two albums, since they are released together. Although ‘Two’ is certainly a strong album with very strong moments, the debut album ‘One’ made a slightly stronger impression on me because of the more a somewhat more cohesive songs.

This album is certainly a great addition to Save The World’s song collection. Tracks like ,,Illuminati”, ,,Miss Muze”, ,,Camera Obscura” and ,,Man On An Island” stand out on this second record.
If you are into the slightly progressive, melodic/AOR rock genre you will absolutely appreciate ‘Two’.
Save The World has surely left a very positive impression on my musical heart with not one but two great releases.