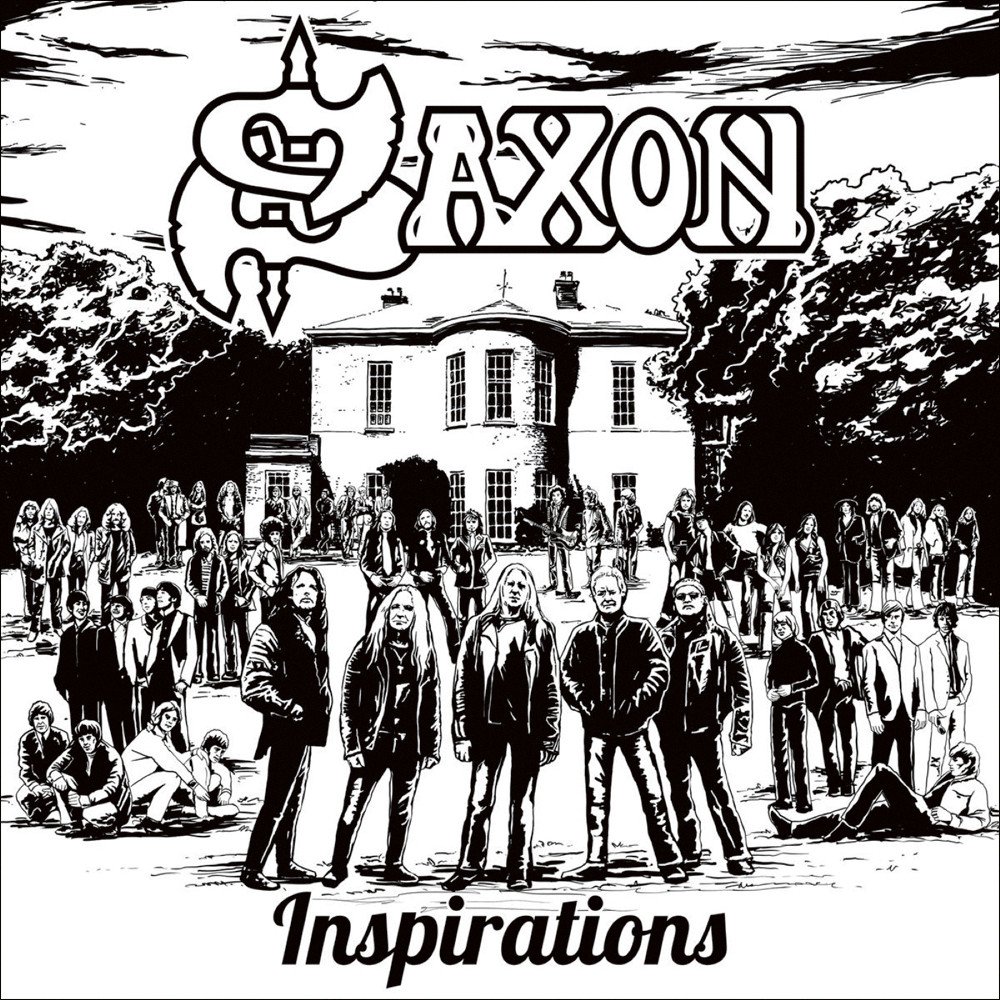 It is not that Saxon has been sitting still the last year and a half or so. Singer Biff Byford released a solo-album ‘School Of Hard Knocks’ that was pretty good while guitarist Paul Quinn surprised everyone with his side-band The Cards releasing a steaming blues rock album. As for band activities, well, the boys are working on a new studio album as we speak. And they have recorded a cover album paying tribute to a bunch of classic artists and bands that Saxon drew inspiration from. A pretty cool move from a band that has inspired so many others with their own music to pay homage to three UK bands. The Beatles, The Rolling Stones and also The Kinks ruled the charts in the sixties and obviously Biff and his mates being teenagers in those days took notice. ,,Paint It Black’’ (The Stones), ,,Paperback Writer’’ (The Beatles) and ,,See My Friends’’ (The Kinks) have received the Saxon treatment. Sticking reasonably close to the originals the songs have been beefed up and when you hear the whole album, you do realize that for especially Biff it must have been a challenge tackling these songs. ,,Immigrant Song’’ (Led Zeppelin), ,,Problem Child’’ (AC/DC), ,,Stone Free’’ (Jimi Hendrix), ,,Bomber’’ (Motörhead), ,,The Rocker’’ (Thin Lizzy), ,,Speed King’’ (Deep Purple), ,,Evil Woman’’ (Black Sabbath) and surprisingly enough ,,Hold The Line’’ (Toto) are tracks that demand a different approach of their own and I must say that Biff has stood his man on each of them. Especially ,,Evil Woman’’ has moments that you think you hear Ozzy. As for the music this must be the most versatile record Saxon has ever produced. The band as said has not changed a lot but have added their own touch to the proceedings without insulting the songs, far from. You can hear the pure pleasure that recording these eleven tracks has brought to the individual members sparkling through the grooves. Respect and adding part of your own identity and personal touch towards these classics have gone hand in hand and I think that every Saxon fan will cherish the work their boys have done on ‘Inspirations’.