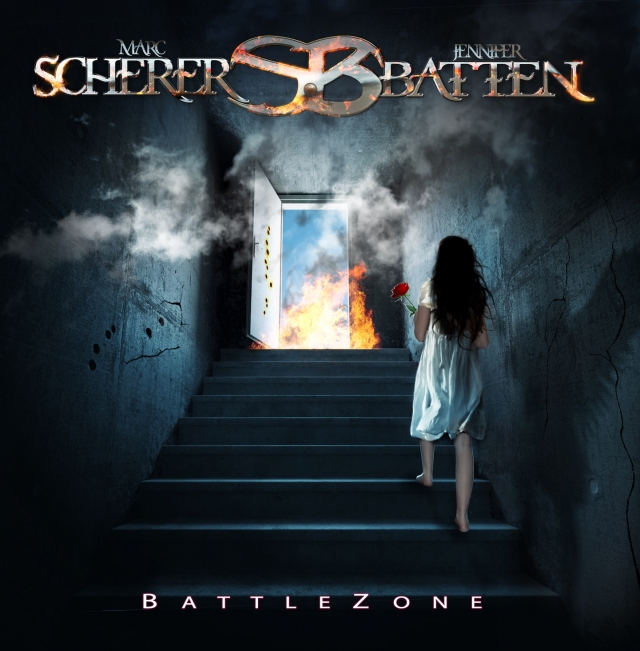 In 2015 music icon Jim Peterik released an album called ‘Risk Everything’ on which he introduced Marc Scherer on lead vocals. It was a very nice record indeed, so it is no surprise that Jim and Marc have continued their cooperation, but this time they have added female guitarist Jennifer Batten to the mix. Batten played on several Michael Jackson albums, toured with him and released some solo albums, wrote music books and played as a session musician on numerous records. A seasoned and very talented guitarist indeed and Jennifer is really ‘there’ on this CD. Her playing on this record is quite impressive and it gives this melodic rock record from time to time a bit of a metal boost as well. Listen to the title track of this CD, no further explanation needed. Jim Peterik has written the bulk of this album, which is no surprise. Some tracks were written with Jennifer and Marc, but most of the songs are from Jim’s song vault that is always well stocked. In the CD book Jim goes in deeper on the songs, when they were written, why and with who. It is clear when Jim Peterik is producing and writing a certain familiarity surrounds the CD. And that is not because of the remake of the Survivor track ,,What Do You Really Think’’ (from the CD ‘Caught In The Game’) or ,,Dreaming With My Eyes Wide Open’’ (recorded by Philip Bardowell on his great CD ‘In The Cut’). Several musicians that Jim works with in his band Pride Of Lions are involved, like drummer Ed Breckenfeld and guitarist Mike Aquino, so there is a touch of Pride Of Lions/Survivor on the record, no doubt about that. And there is nothing wrong with that, as there is nothing wrong with the fact that some songs are quite ‘old’ as well like ,,All Roads Are Leading Me Back To You’’ (co-written with Sammy Hagar) and recorded by The Outlaws on their ‘Los Hombres Malo’ CD. Also the song that Peterik wrote with several 38 Special musicians ,,The Sound Of Your Voice’’ is a bit old as is ,,Rough Diamond’’, that was written for the movie ‘Pretty Woman’ but never made it to the film and the soundtrack. But let us not forget that this is actually a CD that is called Scherer/Batten. Marc Scherer is quite impressive overall and sounds even more convincing and mature then on ‘Risk Everything’, while Batten (like I said) gives the whole CD a big boost with her inventive solos. In fact I would not be surprised if this is one of the first CD’s with Peterik involved that is so guitar dominated! ,,Space And Time’’ is a song that could have been on any Pride Of Lions record, but it is a track written by Jim and the late great John Wetton. Great vocal by Scherer on this song by the way! ‘Battlezone’ is in all aspects a CD to embrace. It is fabricated by great musicians (there is a guest role for Bryan Cole on guitar as well), it has the Jim Peterik signature song writing, what more can we ask for?