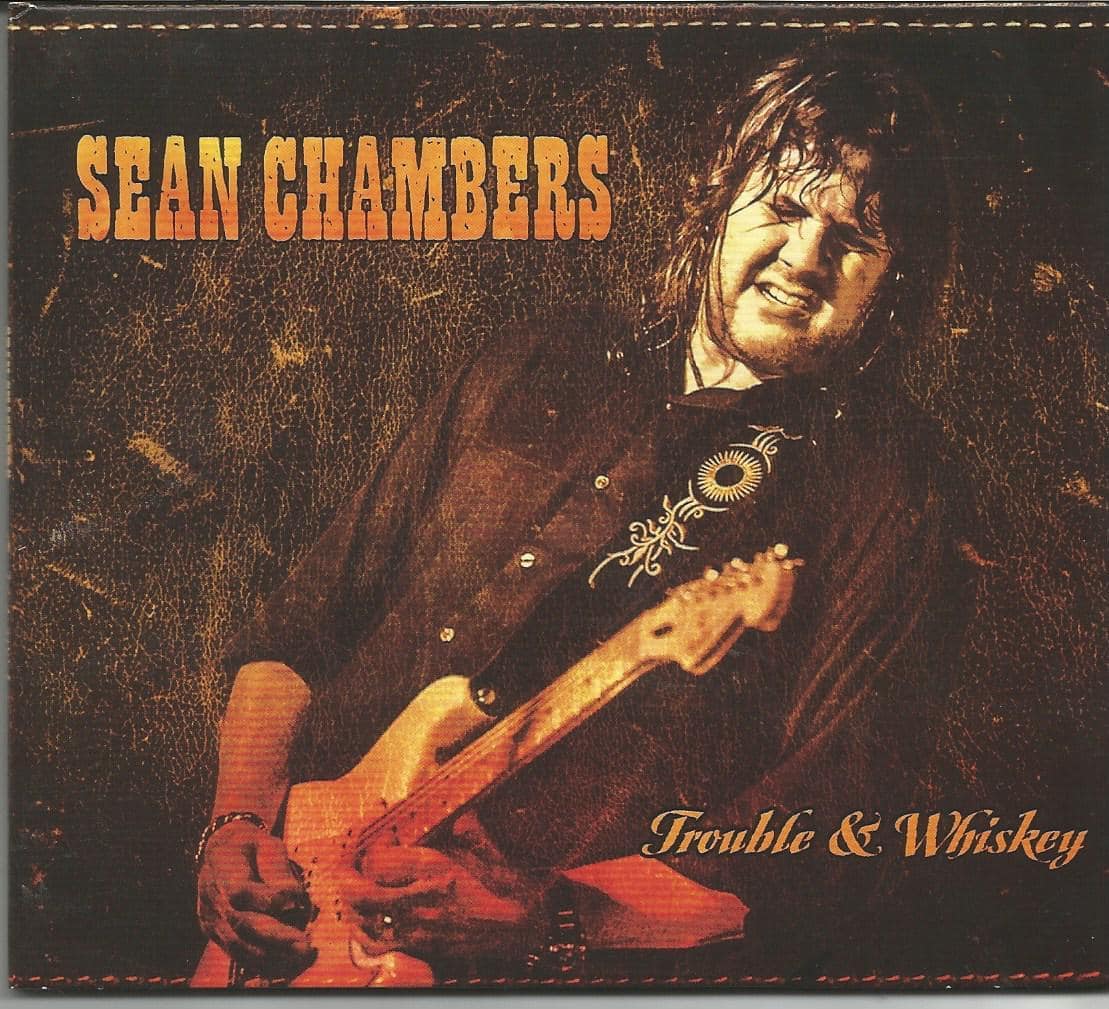 Sean Chambers is a guitarist/singer hailing out of Florida delivering with ‘Trouble & Whiskey’ his sixth release. I realise that there are plenty of similar artists in the USA trying to get by in the bluesy circuit so what makes this CD so special you might ask yourself? Just another cat playing and singing blues rock. Indeed, another one, but this one manages to bring a constant quality to his audience. There is not a lot of originality perhaps, but show me a blues rocker these days that is. If you are into people and bands like David Gogo, Walter Trout, Boneyard Dog and my Dutch countryman Julian Sas I am sure that you will cherish ‘Trouble & Whiskey’. There are hot guitars all over the album, the songs vary from pure blues rock to boogie (Michael Katon style) and Chambers is a very decent singer as well with a bit of a smoky voice that reminds me of Julian Sas. And yes, Chambers is also influenced by the late great Irish guitar slinger Rory Gallagher. Just listen to his inspired version of Gallagher’s ,,Bullfrog Blues’’, a smoking interpretation. Chambers does not mind to play others peoples tunes as also ,,Cut Off My Right Arm’’ and ,,Be Careful With A Fool’’ are covers. The three other musicians that are in the Seam Chambers Band are there to lay down a solid foundation and that is exactly what they do. Especially keyboardist Michael Hensley is a master on the Hammond B3 organ, just adding a lot of colour and flavour to the songs without being in the way of the guitar. Exactly how it is supposed to be. Some excellent tracks are ,,Trouble & Whiskey’’ (typical blues rock ballad type of song with scorching guitar solos), the slide guitar dominated ,,Bottle Keeps Staring At Me’’ and the entertaining instrumental ,,Travelin North’’. You will find that Sean Chambers and his band are not trying to find different avenues in this genre on ‘Trouble & Whiskey’, far from, but they deliver a solid, rocking and above all most enjoyable piece of music.