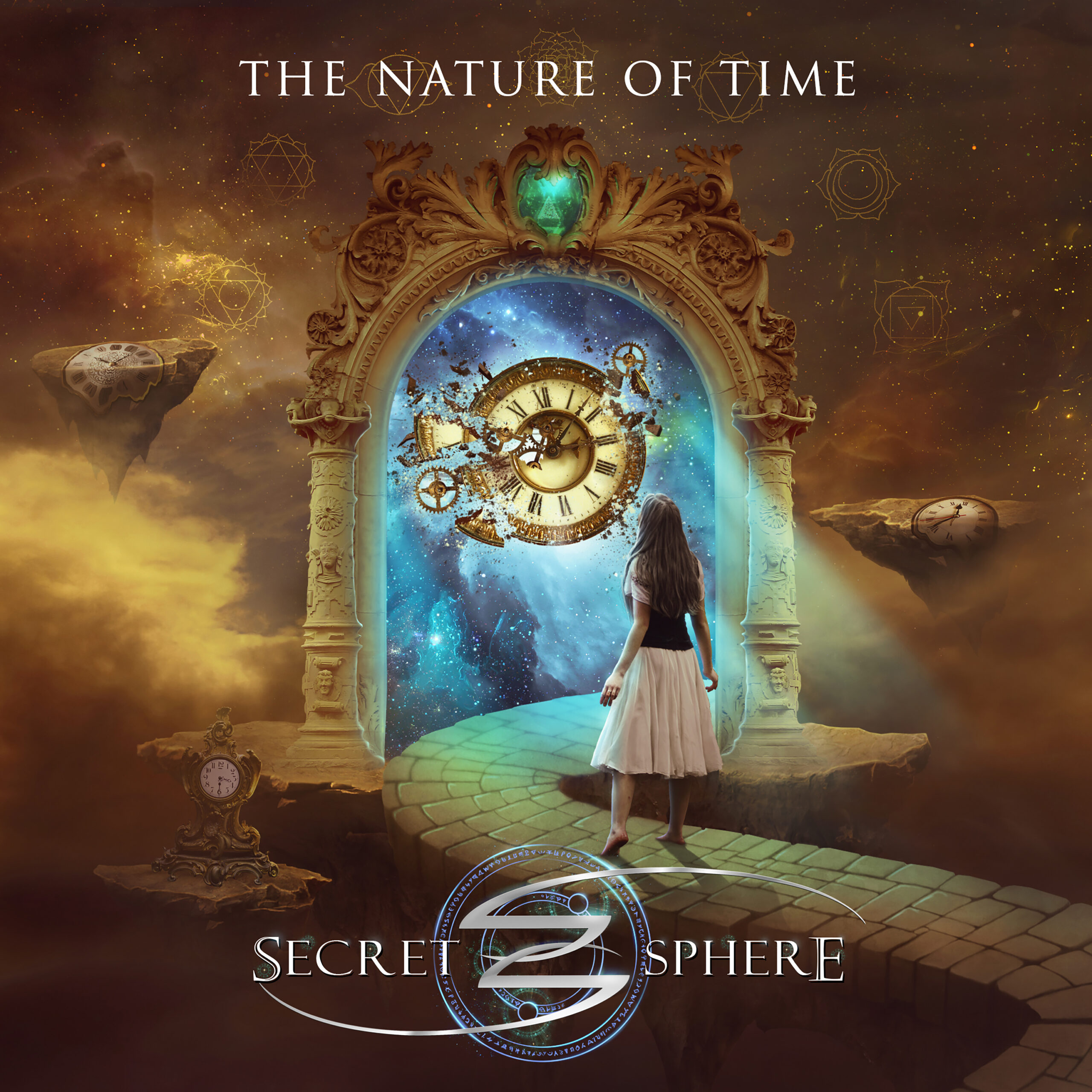 Celebrating their 20th anniversary since their acclaimed `Mistress Of Starlight’, Secret Sphere unleashes the brand new `The Nature Of Time’ upon us. 20 Years they have been developing their music to their unique sound of the present. When fans raved about their first albums, to me it only got interesting when shapes shift with Michele Luppi joining the ranks of the band. His unique vocal sound and persistent domination in the music of the Italian band is the kick it needed to uplift their music from the masses. Developing towards melodic rather than metallic, the band has clearly found their way as this new album highlights in capitals.

`The Nature Of Time’ is one hell of an album!
Front to back it packs with excellence and all songs are spot on. The album grabs you by the throat directly with the timid opening of ,,Intermission’’ and this grip will not be released until the albums dies out gracefully in ,,The New Beginning’’. Eleven highly orchestrated songs, which are pitch perfect, and mind blowing. The pompous overhaul is tremendous and the melodies are sticky and intriguing. It still is very metal, but it balances on the fine line between pomp and heavy metal. Choruses and chants seem to have been lifted from any of the Canatta or Arc Angels releases, as were the riffing is spawned from any epic metal band in the present. It’s the fine blend of styles boosted by the excellence in arrangements, which is simply stunning. Michele Luppi, currently serving in David Coverdale’s touring band on keys and backing vocals, is the band’s binding factor.
,,Intermission’’ is timid but it also takes us into the story on the spot when announcing the persistent and dominant ,,The Calling’’. Energy is set free infesting the listener directly. ,,Love’’ breaks away from the fierce pace of ,,The Passing’’ and sets an intense mood with Luppi belting his a game. His voice is warm and powerful and the choirs are sublime. Vocal interaction in neon, with jaw dropping precision. It’s heartfelt and honest, enriched by larger than life string arrangements from Gabriele Ciaccia. Compelling and intimate, with focus on power. Power returning in the galloping ,,Courage’’ where Aldo Lonobile’s guitar spits fire over the dominant double bass kicks of Marco Lazzarini and Andrea Buratto’s ploughing bass. Swirling keys duel with persistent soloing mid section before Luppi reclaims the spotlight. ,,Kindness’’ returns the cosy warmth and the intro lead is magnificent, warping us back into the comfort of ,,Love’’ and its intriguing vocal interaction and arrangements. Short interludes bind together the storyline of the album.
,,Honesty’’ is simply magnificent and displays the band’s top shelf craftsmanship. Less dense it grips to metal and the progressive tinged drumrolls are jaw dropping. Steep drops and blunt progressive riffing pull it forward to unleash a harsh solo. Michele roars loud much like Gioelli (Hardline, ARP) adding up to the poise of the track dramatically rolling into the powerhouse ,,Faith’’, a rock solid metal track clawing into melodic rock with epical tendencies firing on all engines. ,,Reliance’’ is more symphonic and dramatic clutching with the tension from the outro of ,,Faith’’. The technicality aligns perfectly with the energetic urgency brought in by the dizzying piano parts and towering keyboards. The urge it lays upon the dense music is gripping and leaves you grasping for air. Air we don’t get as we get kicked into the highly progressive ,,Commitment’’ with its monstrous opening riffs and jazzy progressive scales. An instrumental unleashing the bands technical abilities towards the gracefully orchestrated ,,The Awakening’’, a 9-minute epical captivating masterpiece summing up the band’s rich characteristics. Warp speed hits us 2 minutes into the song when Lonobile fret board magic reaches boiling point and Luppi deploys his vocal perfection into the dynamic progressive song. Choruses are huge and the refrain locks in your brain instantly. The vocal interaction is binding and spot on, whilst the band showcases their impressive musical abilities without losing sight of the composition. 9 Minutes fly by in style… as we get taking into the last chapter of the spell-binding album, the ethereal ,,The New Beginning’’. Anyone remember `Scenes’ from Marty Friedman? The song is drop dead gorgeous and depicts the wonders of our beautiful world as well as it sums up the wonders and beauty of Secret Sphere. Never ever has the band’s name been so spot on as now.

Secret Sphere delivers their unique melodic metal with such panache it just grabs you. Epic in scope it doesn’t fall short of the pretentious storyline interwoven in the music. The interaction is sublime as are the arrangements and orchestration going hand in hand with the fierce metallic outline of their overall sound. `The Nature Of Time’ is a captivating journey through time from a band evoking the best of their abilities and thriving as a force. The diversity and pompous sonic injections create tension and the desire to keep focused throughout the album with neither track reaching for the skip-button. The balance is perfect, adding up to the grandeur of this rollercoaster ride. It might well be called their magnum opus.