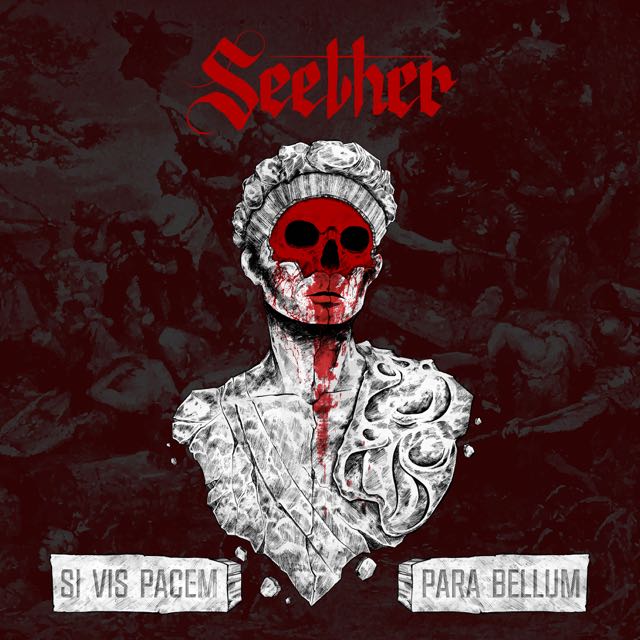 When Seether released their debut album ‘Disclaimer’ in 2002 with its hit songs ,,Fine Again”, ,,Gasoline”, ,,Driven Under” and especially the re-release version of ,,Broken” as a duet with Evanescence’s Amy Lee, we were straight in the post grunge era and the band struck a musical nerve. It was obvious that they will disappear again, like so many before, once the hype was over, or was it? 18 years and 7 albums later, the band from South Africa is still here and rocking. Their brand new album ‘Si Vis Pacem, Para Bellum’ is translated from Latin into “If you want peace, prepare for war” and delivers the perfect balance of peaceful melodies paired with the perfect battle hymns. The band might be not as relevant anymore as back in the early 2000s but what they still have and ever had is their trade mark sound. Shaun Morgan’s voice and their melancholic sound is so unique. Seether never stopped working hard to earn what they got and they won’t stop. By the overall sound of the new album, I suppose the band is seeking peace for sure, cause they’re well prepared for war. I really hope this Covid-19 pandemic is soon to be regulated that we can enjoy Seether on local stages again as this is the place where they work best. Loud, sweaty and hard rocking. Let’s hope the band will stick together for many more years to deliver more such great music.