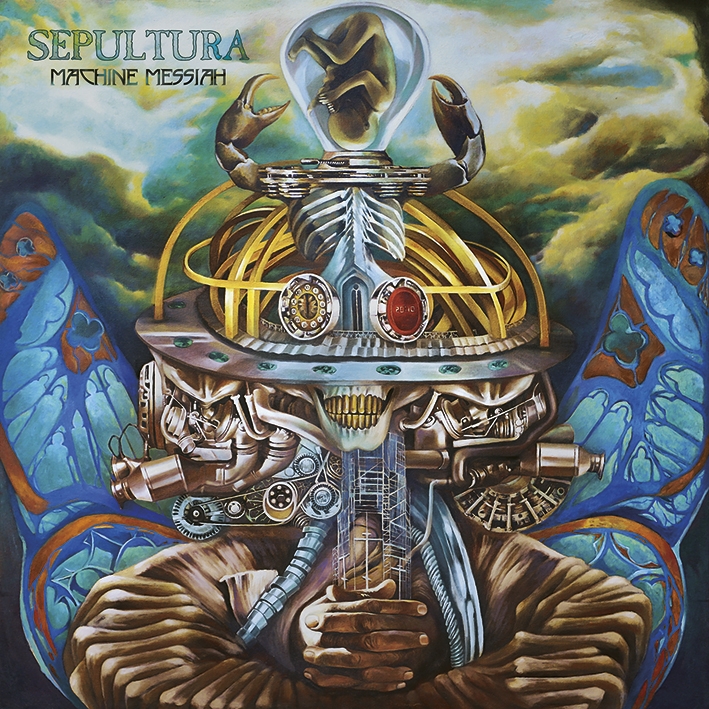 “The New Guy” Derrick Green is far longer now in Sepultura than Max Cavalera. Where in the beginning, the fans where still shouting after Max, Sepultura went further in their evolution and created a new chapter with a singer who can deliver much more than Max was ever able to do. Now, in their thirtieth year of band history, the Brazilian sensation deliver a brand new album with `Machine Messiah’ that combines the classic Sepultura way back before `Roots’ and add it with a really modern twist. Sepultura 2016, or lets say 2017 is at its peak, better than ever and not tired to prove they are the innovators of a complete sound genre. The title track starts with clean vocals by Derrick Green and burst into a riff attack by Andreas Kisser. ,,Phantom Self’’ could be the perfect song for the carnival in Rio with its intro. Not only the album cover reminds me a little bit of `Arise’ but also the songs. Back to the roots without sounding old fashioned. It is incredible to see how the veterans in metal all rise from the ashes and show the world that heavy metal is still alive, stronger than ever and not here to die. Front line attack is definitely equipped with Sepultura with this album. `Machine Messiah’ does not disappoint at all. A real neck breaker!