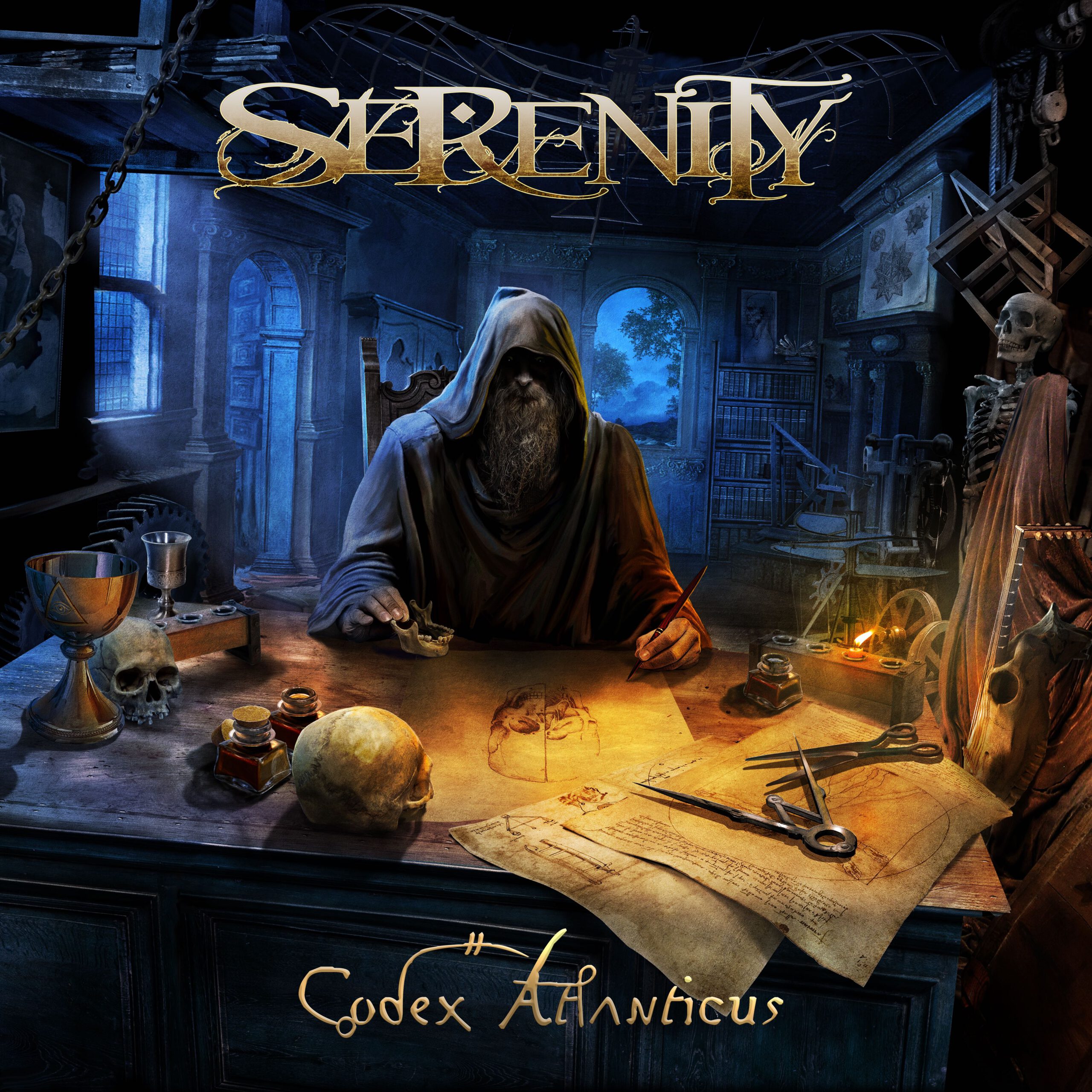 In a genre that becomes a bit saturated and stale at times, the Austrian-based symphonic metal band Serenity seems to continuously reinvent themselves utilizing different musicians and improving on their musical abilities. Although the constant has always been lead singer Georg Neuhauser, in previous albums they had a stronger female vocal presence. On this album `Codex Atlanticus’ you will no longer hear Clémentine Delauney’s voice since she left the band early last year. Instead additional male vocals, not just back-up harmonies, are done by their bassist Fabio D’Amore on the songs ,,On Sprouts Of Terror’’ and ,,Spirit In The Flesh’’ which adds an interesting dimension. The musical landscape on this album feels more vibrant than their previous albums. The production is very tight and the symphonic compositions are quite invigorating. The theme of the album is inspired by the life of Leonardo Da Vinci. There is not a song on this album you won’t find yourself head banging to. It is bombastic and at times very heavy. While soaking it in, I really envisioned myself seeing this performed live, up in the front row pumping my fist. It was challenging to choose my favourites since all of the songs are really fantastic but after multiple listens I think they picked the perfect songs to use for their recent music videos: ,,Follow Me’’ and ,,Iniquity’’. ,,The Perfect Woman’’ is also an absolutely beautiful song, with female vocals by Amanda Somerville.  As a whole, the album is a top contender for one of the best albums of the year so far.