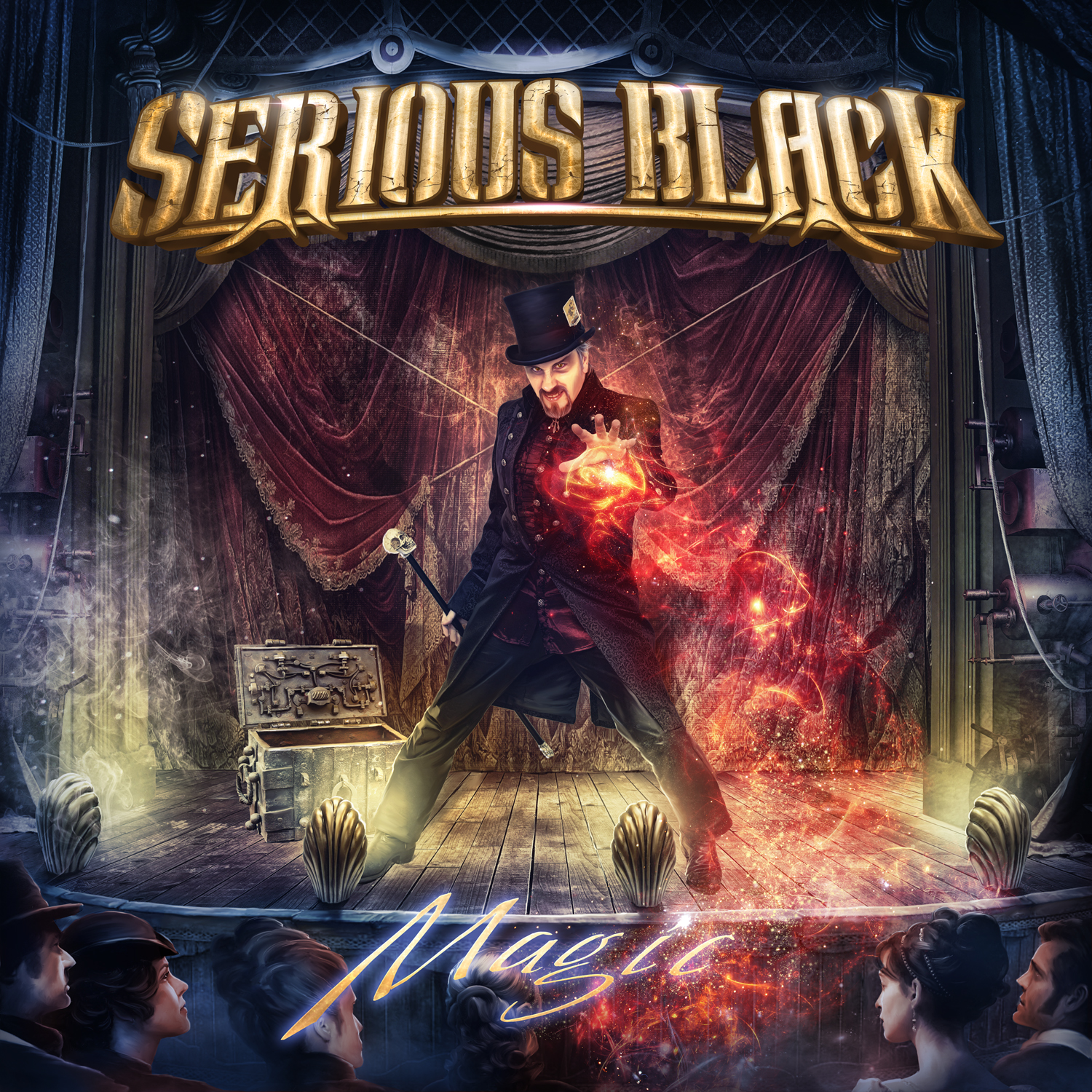 Masterplan boss Roland Grapow was one of the founders of this power metal outfit, but is no longer involved with the daily affairs of Serious Black, a six-piece group that presents us with their third official CD and one with a concept as well. It tells the story of a certain Mr. Nightmist, his place of birth Caldwell Town, the fact that his beloved girlfriend Maria Merian got burned as a witch and the spell that was cast on the town’s children for decades to come by the mother of miss Merian. After being away for a long time Mr. Nightmist comes back to town and is asked to do something about the spell. So he meets his beloved woman again, goes head over heels again but after a while realises that he is living with a shadow of Maria Merian that is only trying to influence hem to become as bad as her. So he breaks the spell by leaving her and finds immortality. As he lives through the centuries he finds that during all those years and centuries nothing has really changed, the history repeats itself again and again. That is at least how I have understood the concept, but hey, what do I know?! The whole concept has been spread out on fourteen quite entertaining melodic metal songs where singer Urban Breed, guitarist Bob Katsanios and Dominik Sebastian, keyboardist Jan Vacik, bass player Mario Lochert and skin beater Alex Holzwarth (all involved in numerous other bands and projects) come up with a lot of variety, some real cool arrangements and very decent songs. Sometimes the album has faster parts, sometimes a bit slower, but I find the qualification that Serious Black is a power metal formation wrong. Sure, there are some power metal influences in the music, but the music is better described as melodic heavy rock. When you look to the album as a whole you might find that the spirit of Roland Grapow is still there at certain moments as the record does remind me a bit of Masterplan, Avantasia, Almanac and the other usual suspects. Nothing wrong with that at all. The storyline for the whole concept might be a bit farfetched perhaps, but at least singer Urban Breed and his mates have some lyrical and musical imagination, so ‘Magic’ gets my vote of confidence!