SEVENDUST-All I See Is War 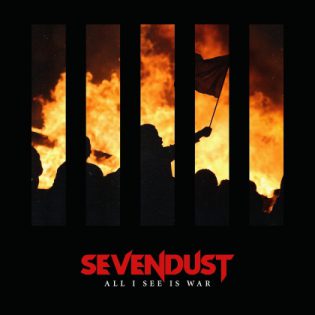 SEVENDUST-All I See Is War

Remember Sevendust? I know, it’s been very silent around this band over here in Europe, even though they have released several albums the last couple of years and having very good chart positions in the United States. But the major success they had with the first three albums seem to be long gone. To me it is not understandable how a band like that fell through a grid and kind of have to prove themselves again, because they actually haven’t been gone. So to all the ignorant people out there who turned their backs on Lajon Witherspoon and his men, let me tell you this: Sevendust will blow you away with the brand new album `This Is War’. Maybe the title reflects exactly the situation of fighting back, left alone, doing everything to survive. Well, if so, Sevendust knows exactly how to survive, how to declare war to everything and everyone. Riffs are chasing riffs, mixed with beautiful vocal melodies by the unique voice of Lajon. Somehow it feels like a revival of the so called New-Rock bands such as Sevendust, Godsmack, Disturbed, but on the other hand, good music will always win, so it is not a revival, it is just the perfect time for perfect music with passion and feeling. Give Sevendust your love and don’t let them disappear again.