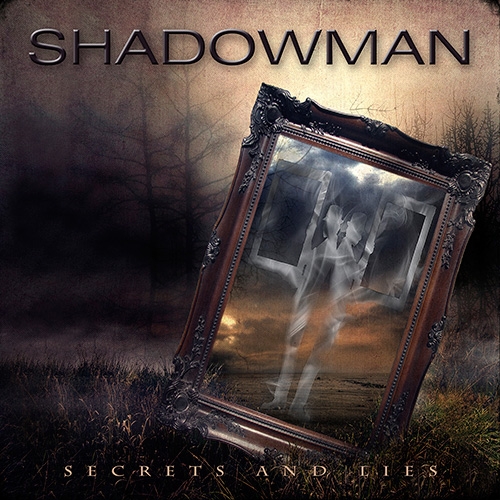 Although Shadowman is not the main band for guitarist Steve Morris (Heartland), singer Steve Overland (FM), bassist Chris Childs and drummer Harry James (both Thunder), they do find it important to keep recording with this formation as this is already the fifth release. Shadowman is mainly the baby of Morris and Overland, James and Childs came to the project in a later stage. The band does not record that often, the last CD ‘Watching Over You’ being released in 2011. But whenever Shadowman puts out a new product the quality is assured. ‘Secrets And Lies’ is yet again a convincing record with eleven songs that at first glance sound a bit heavier and faster but are overall melodic and pleasant on the ears. Steve Morris is in my opinion a heavily underrated musician, having played not only in Heartland (still going that formation) but also had a spell as Ian Gillan’s sidekick when the Deep Purple singer did some stuff under his own banner. Overland is a top notch singer, being a guarantee for breathtaking vocals for many years as front man of FM. And talking about FM, their original keyboard player Didge Digital plays a big part on this record being a ‘special guest’. I suppose the material on ‘Secrets And Lies’ is not really surprising if you are a fan of this band, FM and Heartland, as the similarities are obviously there on the whole record. But ‘Secrets And Lies’ is as solid as the bank of England without really peaking to any highs or dropping to any lows. It is what I call familiar, solid, reliable and just damn good.