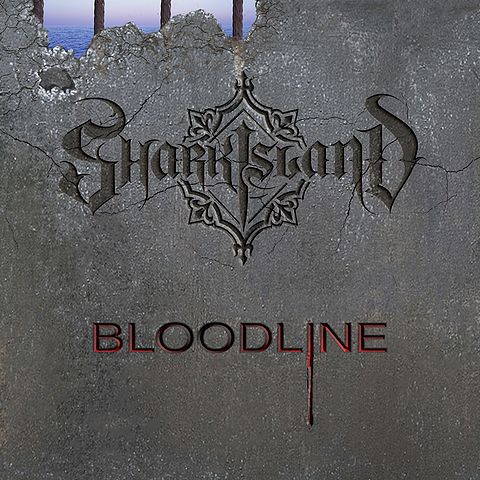 February 2, 2020 by Michel van de Moosdijk - More about our team

Shark Island is another example of a Los Angeles band signed to a major label (Epic Records) for their first official album ‘Law Of The Order’ (their first album ‘S’coolbuss’ was released earlier by the band on an independent bases around 1986 and there were only a limited amount of copies printed) and receiving almost zero promotion when the album came out in 1989. Singer Richard Black (who was one of the people behind the 1991 project Contraband that featured Michael Schenker) and guitarist Spencer Sercombe kept on going for a while but then threw the towel before reuniting for their second official album ‘Gathering Of The Faithful’ in 2006, released by Frontiers with little success. Again the band called it a day before Black in 2013 started things up again. On the 11th of November 2019 the band celebrated the fact that Shark Island existed for 40 years by releasing the new record ‘Bloodline’ on a digital platform while the psychical release would follow on February 14, 2020. ‘Bloodline’ is not a bad album if I say so myself. With Black now at the helm assisted by bass player Christian Heilmann (who also played on ‘Law Of The Order’), drummer Alen Frjlak and the guitarists Damir Simic and Alex Kane the band goes back to those early sleazy rock/heavy rock days that ruled the airwaves back then. High energy old fashioned sounding rock songs like ,,Make A Move’’, ,,Aktion’’, ,,Fire In The House’’, ,,Butterfly’’ (a pure sleaze rocker) and ,,Rocks On The Rocks’’ plus ,,Law Of The Order’’ all have energy, hard riffs, tempo and a Richard Black that every now and then makes me think that he could have been a son of Alice Cooper with his raunchy voice. And with ,,When She Cries’’ even a very acceptable subtle ballad is on offer. Still, there are some failures as well as ,,7 Tears’’ is just a cacophony of sound while ,,Crazy 8s’’ isn’t that hot either. On beefed up version of Depeche Mode’s ,,Policy Of Truth’’ the jury could not reach a unanimous verdict. The band has kept the production and sound pretty basic but it fits the music that is at times very crispy. Not sure how the future of this band looks like but ‘Bloodline’ is in its genre certainly a release that should not go unnoticed.