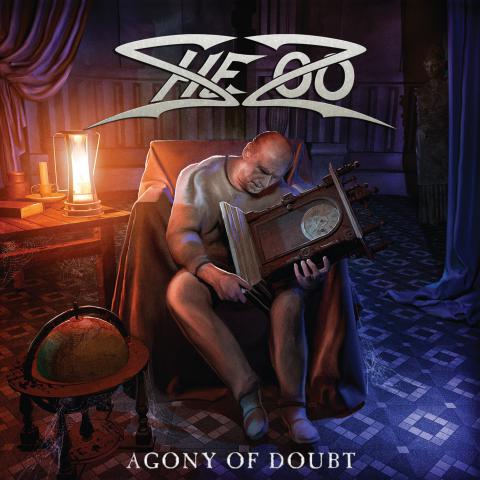 On their third CD Swiss based formation Shezoo make their intention pretty clear as soon as you hear the opening title track: hard and heavy melodic rock with a hint of metal and no further bullshit. The band is formed around German guitarist Micha, flamboyant looking Dutch female power vocalist Natacha and the Swiss duo Ralf (bass) and Jerry (drums). The musical trend that the band is setting on the first track stays intact for most of the CD. Micha serves up a bunch of crunching riffs and scorching solos, Jerry and Ralf keep the pace up and Natacha sounds very expressive and overall very determent. It is not that she has got a brilliant singing technique but her power and expressive way of singing make sure that you’ll get the message. Even on the melodic ballad ,,Mirror’’ (a welcome song that gives the CD some variety) she sounds impressive. I must confess that I am not familiar with the previous two records but judging on the performance given by the band on this CD I might be persuaded to go and look for those records. As Shezoo shows on the ten songs that the band is a real rock and roll kick ass outfit, ready to take on the world with a CD that is honest and filled with quality music and performances. Shezoo is a band that likes to keep it simple but is far from one dimensional as especially Micha knows how to surprise with his playing. In a certain way this group reminds me a lot of the German band Skew Siskin from Berlin, similar style and the similar approach. If you like it uncomplicated, raw yet still melodic and accessible ‘Agony Of Doubt’ is waiting for you!