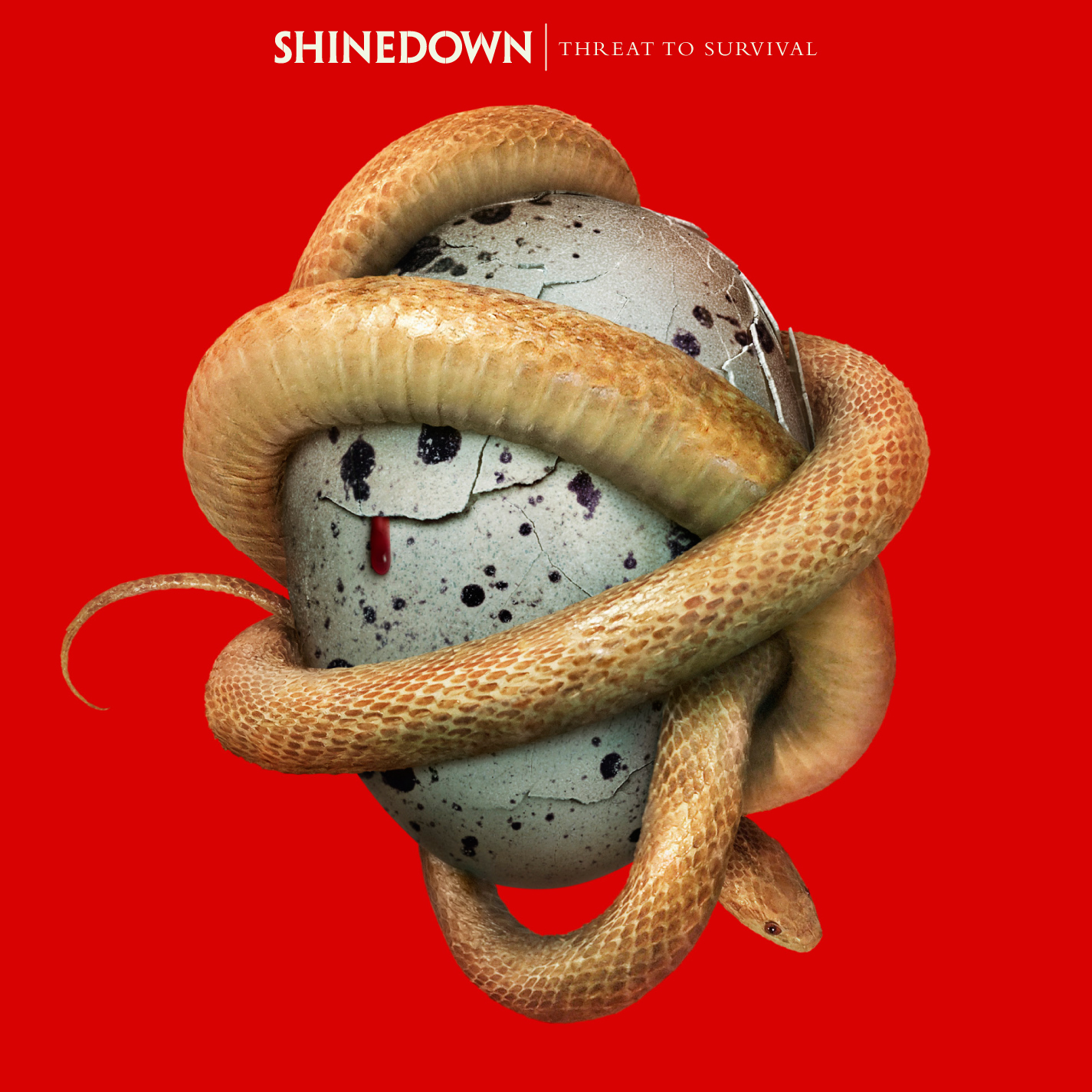 After the long and exhausting tour cycle to their last album ‘Amaryllis’ it was about time to step back and focus on themselves, their families and friends. It was never in doubt, that Brent, Zach, Barry and Eric would come back, stronger than ever to duplicate the success of their previous records, it was just the question, when will that be. Now we know, 2015 is the year Shinedown strikes back. ‘Threat To Survival’ is the new album which got announced by the first single „Cut The Cord“ which showed already a different twist in Shinedown‘s music with the same trademarks the fans would expect. Brent Smith‘s voice is so unique, he could basically sing everything and it would still be Shinedown. I was really looking forward to that album and to me it was a surprise to hear how brave they are to deliver a perfect match to satisfy the regular rock fan and also build a bridge to the mainstream masses. Haters gonna hate for sure, but they will soon realise that Shinedown didn’t sell their soul to the mainstream devil but opened their true and honest rock n roll hearts to the mass consumer. If this doesn’t sound like double platinum?