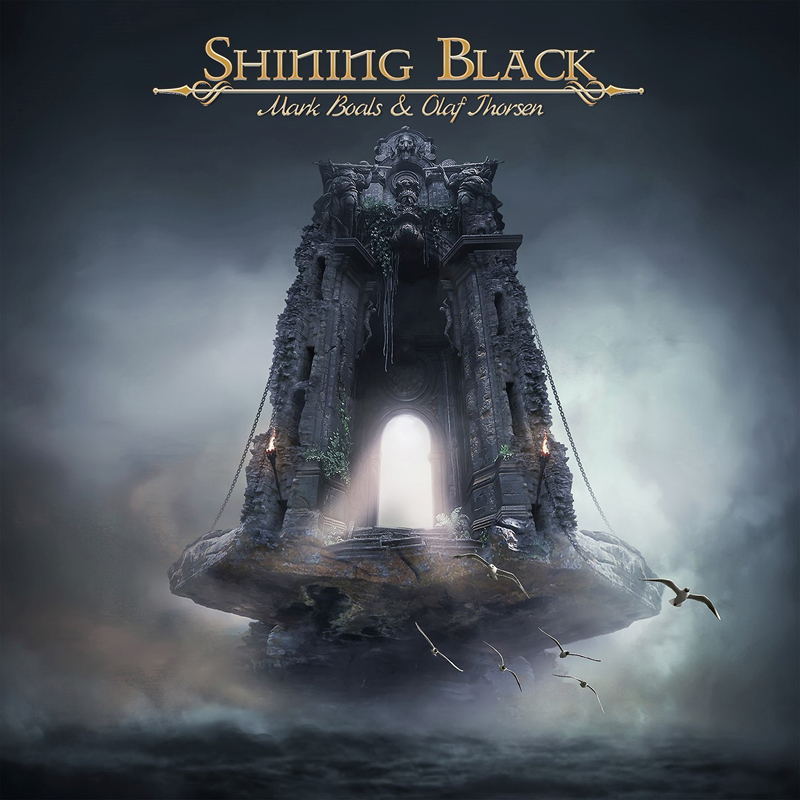 Singer Mark Boals has been around for at least three decades now. His CV is quite impressive with several spells with Yngwie Malmsteen and playing in bands like Ring Of Fire, Billionaires Boys Club, Royal Hunt and Dokken (as bass player). Add to that some solo albums and a whole bunch of projects and tribute albums that he has been involved with and you have an impressive CV. But for one reason or another Mark Boals has never made the big time status although there were never any doubts about his singing ability. Boals has always been a pretty much all round vocalist, being able to tackle all kinds of rock and metal still he is only known to the happy few. This project with Labyrinth guitarist Olaf Thorsen will not change that. Some years ago the duo already talked about Boals joining Labyrinth but conflicting work and recording schedules prevented that. The men stayed in contact and finally found the time and inspiration to do something together on a project bases called Shining Black that also features drummer Matt Peruzzi, keyboarder Oleg Smirnoff and bass player Nik Mazzucconi. This album is not going to bring Boals fame and fortune but he deserves some laurels for his immaculate performance on the ten songs. Mark Boals has always had this high voice that made him stand out and very recognisable and he still has that on this album but during the years he has toned it down a bit and the way he approaches the heavy rock songs that Thorsen has written just suits him down to the ground. You can immediately hear that Mark Boals is standing behind the microphone as soon as ,,The House Of The Fallen’’ blasts through your speakers and it is a strong start to an album that hardly lets up. The voice of Mark Boals and the guitar of Olaf Thorsen sound like a match made in heaven throughout the whole album that is filled with up-beat rockers. There are no disappointing songs, it all sounds pretty heavy and melodic while the ballad ,,The Day We Said Goodbye’’ for me is the crown jewel of the record. Mark Boals might be in his early sixties now but he sings like a young God on the Shining Black project being backed by a very good and pretty versatile band. Hopefully Shining Black turns out to be more than just a project that disappears after this release. This sounds too good and too promising to just let it die like that.