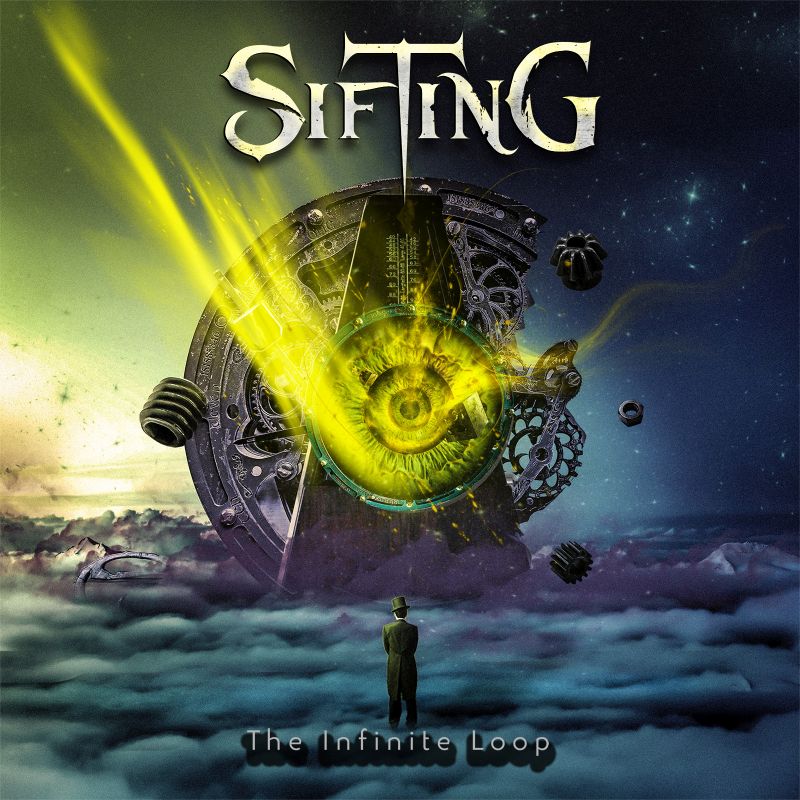 Some two years ago this web magazine reviewed Sifting’s second album ‘Not From Here’ and came to the conclusion that this progressive metal band that started in 2010 in Venezuela (now based in Los Angeles) had definitely potential but that the material was at stages chaotic and singer Edu Gil still had some steps to make. I have got no idea if they read the review and took notice of it but in 2019, on their third outing and with some new musicians, things have really changed for the better. We already stated that there were musical similarities with power houses like Fates Warning and Redemption and on ‘The Infinite Loop’ Sifting still has those similarities in their music but they have added a serious portion of pure metal to the mix as well and above all there is a lot more construction in their compositions. There is again a lot happening in the 70 minutes of music that has been assembled on ‘The Infinite Loop’. Songs like ,,A Critical Affair’’, ,,Calling Me Liberty’’ (with even a death grunt in there) and ,,Emotionless Shells’’ are pure metal songs with fast drums and a big portion of power, while ,,To Who I Am’’ is a sensitive ballad where this band just turns on a different style. In ,,Ghost Of A Lie’’ Derek Sherinian has a guest role while ,,The Fifth Element’’ is a captivating and technical instrumental of 7.23 minutes. And Eduardo Gil has developed himself into a very capable vocalist who is managing to get various singing styles under his belt while developing as a song and text composer as well. Some of his lyrics are really interesting to read. With this record Sifting is climbing up the ladder and is able to match up with the progressive metal greats and that is something I did not expect from these boys in such a short time. I can only say well done and if you are into Fates Warning, Sons Of Apollo, Dream Theater, VandenPlas and Redemption you should no longer ignore Sifting as these lads have made a giant leap in the right direction with the emphasis on giant!