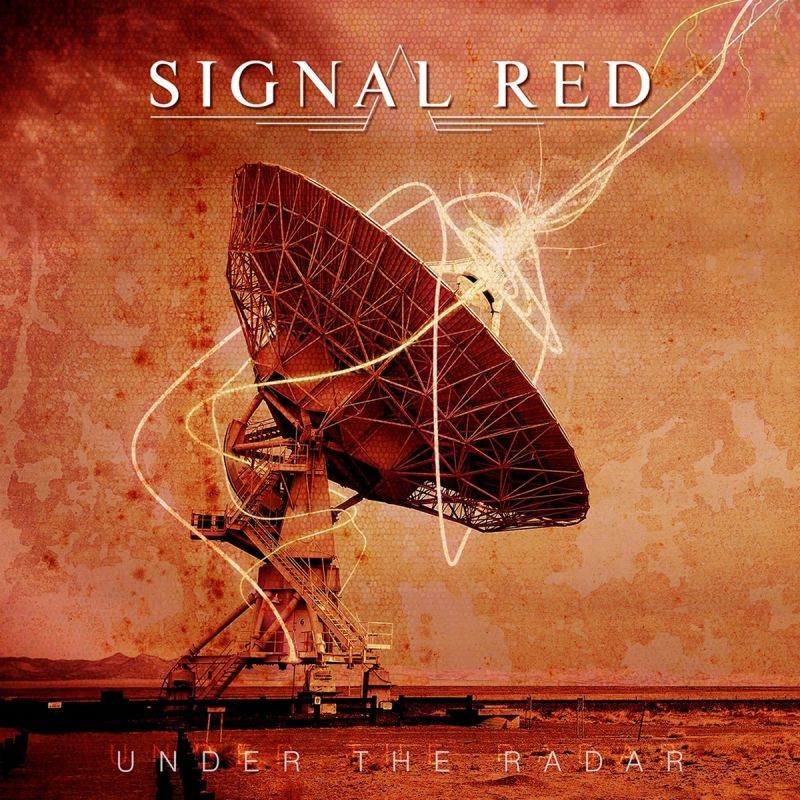 Signal Red is a collaboration between singer Lee Small (Lionheart/Shy) and guitarist Steve Grocott. When the two musicians decided to give this project a go and had some songs together that landed them a deal with Escape Music Grocott got offered a position in Gary Hughes’ band Ten which he naturally accepted. That meant that the Signal Red plans were put on hold for a while. In the meantime Lee Small recorded a new CD called ‘Second Nature’ with the formation Lionheart which turned out to be excellent. When the duo was free from other commitments it was time to record ‘Under The Radar’. Escape owner Khalil Turk advised the duo to work with American bass player/producer Brian J. Anthony who had done such an excellent job on the Steve Walsh CD ‘Black Butterfly’. Also drummer David Anthony came on board for the recordings. After digesting the first few songs of ‘Under The Radar’ it becomes crystal clear that these dudes have got their shit together. The songs are very melodic but have quite a punch and drive and are in some cases heavier than I had expected. It also means that Lee Small sings sometimes in a higher key and a bit more forceful in comparison with the Lionheart CD and he just does a great job on this album. Of course we are dealing here with seasoned musicians so it does not really surprise me too much that ‘Under The Radar’ as a whole sounds solid, convincing and is a fine combination between straight forward hard rock, a smell of AOR (the ballad ,,Emotions In Motion’’) and a good dose of melodic rock. There is plenty of variation there with maybe a song like ,,Monster Truck’’ summing up all the ingredients that have been put in the recordings. Add quite a bit of heavy guitar work, some tasteful keys (played by Steve Grocott and guest musician Darrel Treece Birch) and you end up with an album that should please fans of the bands that Lee and Steve play in. Biggest difference is that Signal Red sounds a bit heavier perhaps. So if you like the latest releases of Ten, Lionheart, FM and cohorts, add some spice and heaviness to that and you’ll have a good idea what Signal Red is all about on ‘Under The Radar’.