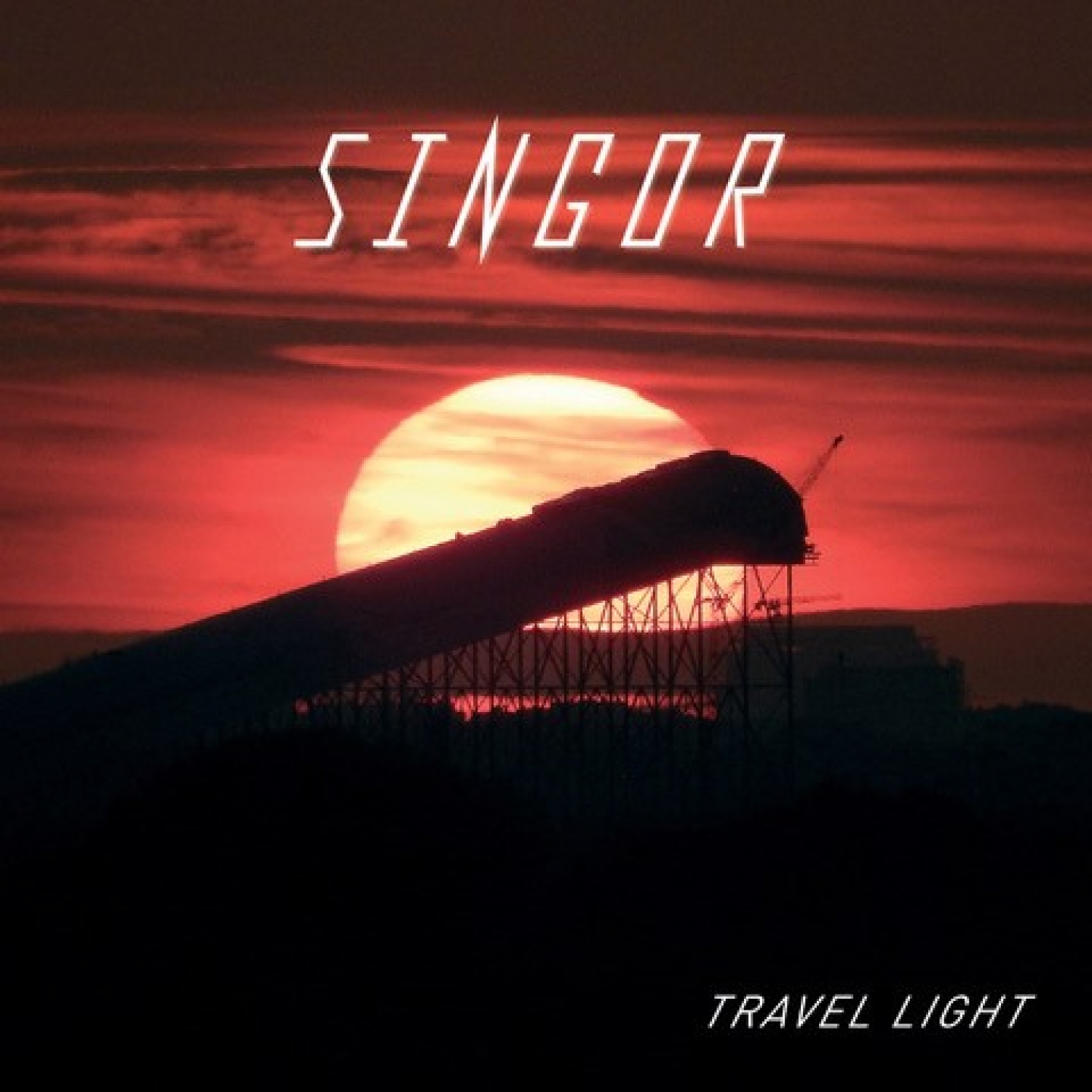 Guitarist/composer/singer Marcel Singor has been active for years in the Dutch scene. Starting off in bands like Hot Legs and Topaz he studied music and is now a teacher of this fine art. Furthermore since a few years he is the guitarist of the best Dutch progressive rock band Kayak and was involved with the latest Ayreon live-release. Kayak released the very good double CD ‘Live 2019’ a little while ago and had to take a break from the stage because of health problems suffered by Ton Scherpenzeel, the mastermind and leader of the band. The fact that the band could not do very much gave singer Bart Schwertman, bass player Kristoffer Gildenlöw and Marcel Singor the time and space to work on individual solo-albums. For Marcel Singor it is his second one. ‘Travel Light’ is the follow-up from ‘Futureproof’ and again Marcel Singor has joined forces with Dutch electronic music producer/artist Bas Bron, a man who is very successful in that scene and is also involved in the hip hop genre. It is a collision of two very different musical worlds as Singor is first and foremost a rock guitarist. It makes ‘Travel Light’ an interesting release. Synthesizers and guitars can form a very fruitful collaboration, think about Ronnie Montrose’s Gamma. Yet this is a bit different, it is more a mix between synthesizer and heavy retro rock with clear vocals provided by Singor himself mixed with very melodic guitar parts and at times pulsating rhythms. It might not be material for the straight ahead rocker but people that like for instance The Night Flight Orchestra should be able to find something to their liking on ‘Travel Light’. As a guitarist and composer Marcel Singor has learned a lot through the years. At times the music brings back memories to people like Jan Hammer (think about the Miami Vice tune) yet ‘Travel Light’ sounds very modern and possibly even futuristic. It might be a weird musical combination but somehow, somewhere Marcel Singor and Bas Bron have found some musical common ground resulting in a quite adventurous eight songs that might not be too heavy at times but are very interesting in the way they have been structured and sequenced. A slight more touch of heaviness would have been welcome I suppose as the total sound of the album is ‘light’ but in some songs like for instance ,,Under The Radar’’ this collaboration really shows its ingenuity and charm. Definitely for the more adventurous types!