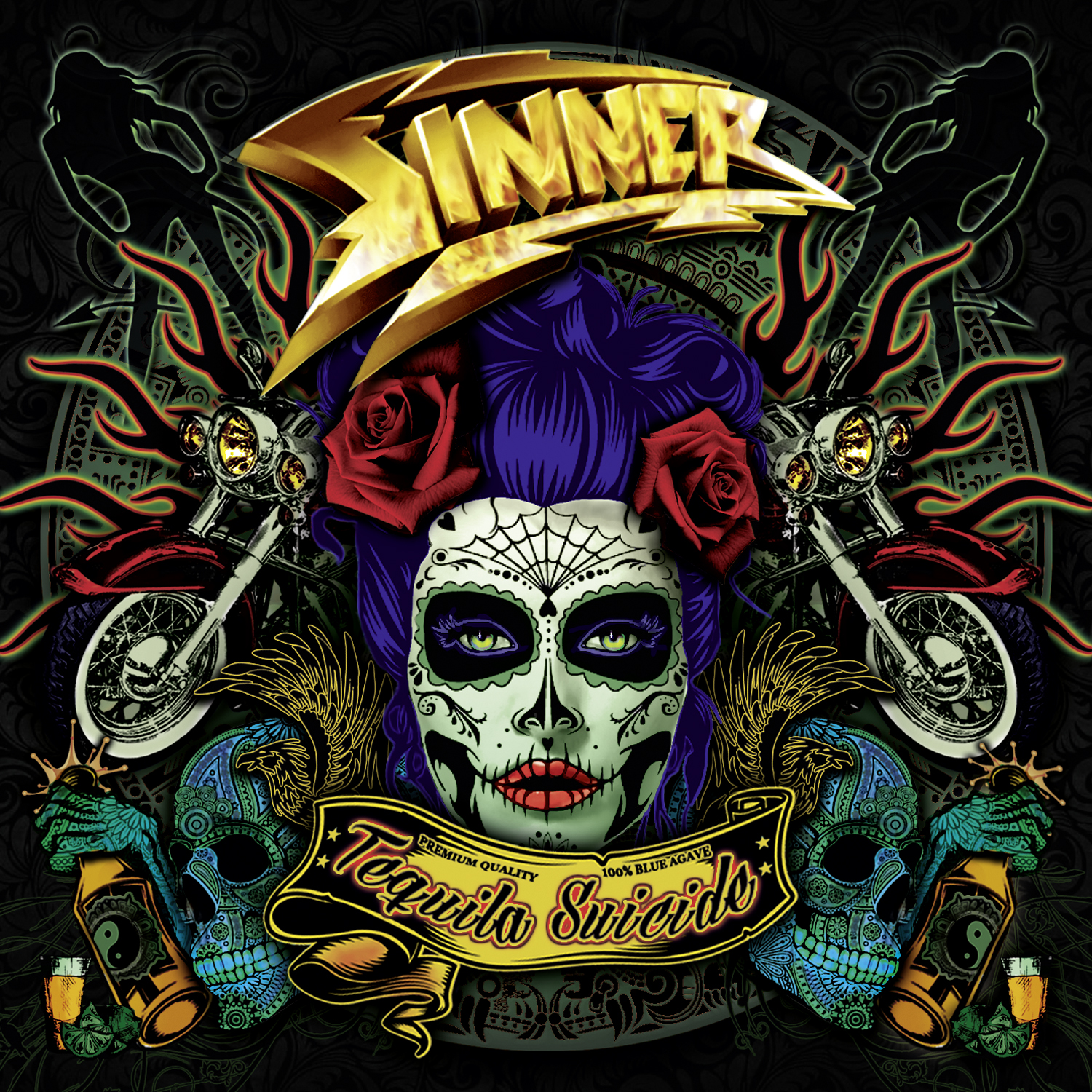 Matthias Lasch is better known under his stage name Mat Sinner. The German bassist/singer has been a popular and leading figure in the German metal scene since the early eighties until now building up a reputation with his bands Sinner and especially Primal Fear. Mat is also involved with Voodoo Circle and Silent Force. Sinner was and is Mat’s first love. During the years new material came out including ‘One Bullet Left’ in 2011 and a remake of ‘Touch Of Sin’ simply called ‘Touch Of Sin 2’. Furthermore Mat is also a well know producer for other bands and artists, a guy that has never rested on his laurels. He has found the time to co-produce with Dennis Ward a new Sinner CD recruiting his Primal Fear band mates Tom Naumann (guitar) and Francesco Jovino (drums) plus guitarist Alex Scholpp (Tarja). On ‘Tequila Suicide’ Mat and his mates go back to the Sinner tradition and that is producing straight ahead no bullshit melodic metal with pace, explosive guitar solos, thundering riffs and loud drums. Direct, to the point and in your face! But this time Sinner also presents a few tracks that may be not so characteristic for this outfit as ,,Battle Hill’’ has a bit of a Scottish/Irish flavour including some bagpipes, while ,,Sinner Blues’’ already gives away the style on that song by its title alone. ,,Dying On A Broken Heart’’ is a middle tempo ballad, a bit cliché perhaps. Other tracks like ,,Loud & Clear’’, ,,Go Down Fighting’’, ,,Road To Hell’’ and ,,Why’’ are more as we know Sinner: hard edged hard rock/metal tracks with all the above mentioned ingredients. The difference with bands like Primal Fear, Voodoo Circle and Silent Force is that all these bands have top singers. Mat himself is just a mediocre singer and that becomes evident yet again as the album progresses. It is a fact that you have to consider as it does affect the record a bit. By the way, the Digipak release of ‘Tequila Suicide’ contains 3 bonus tracks.