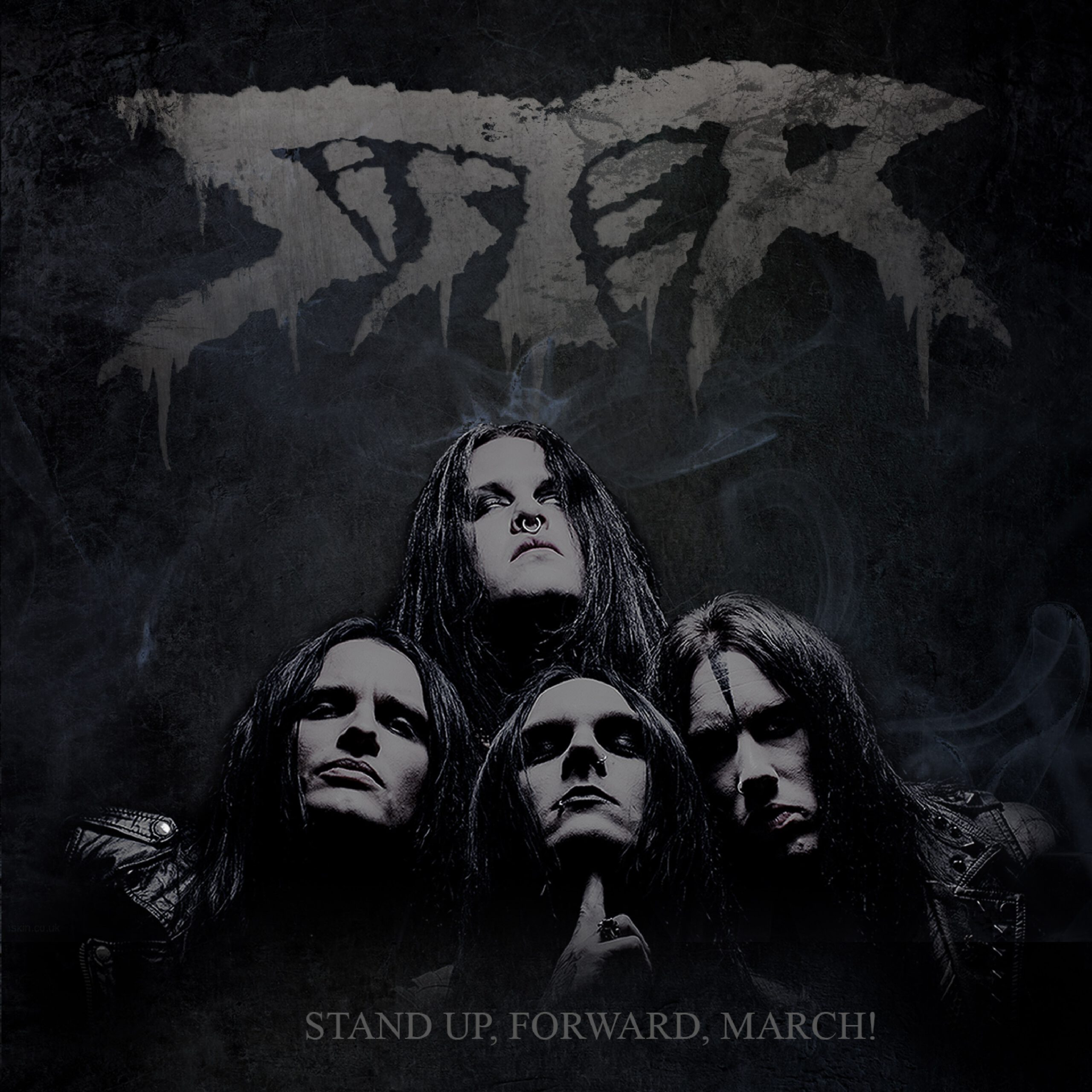 Sister from Sweden are not in any way related tot he band with the same name founded in the 70s featuring Nikki Sixx, Blackie Lawless amongst others. These guys here are around since about 2009 and are doing a kind of rock music that suits perfectly in their homeland. Rock and roll with a horror twist and the typical Scandinavian melodies. Pretty good production with really catchy melodies in a tradition of Wednesday 13 and/or the Murderdolls. It is just a pity that in 2016 this kind of music still has to live in a subgenre that isn’t very well supported by the media or promoters. Sister are fighting well for every new fan and are gaining more and more success, but it could actually happen much faster. `Stand Up, Forward, March!’ could or should finally be their big breakthrough, which pushes them onto much bigger stages. I suppose it really needs a big radio hit that will draw the big crowds attention. Unfortunately, I can’t find a hit song that is out of this world. Respect to the boys though, this new album has a lot of balls and kick-ass tunes, but I’m afraid you will have to work as hard as in the past to earn the well deserved fame.