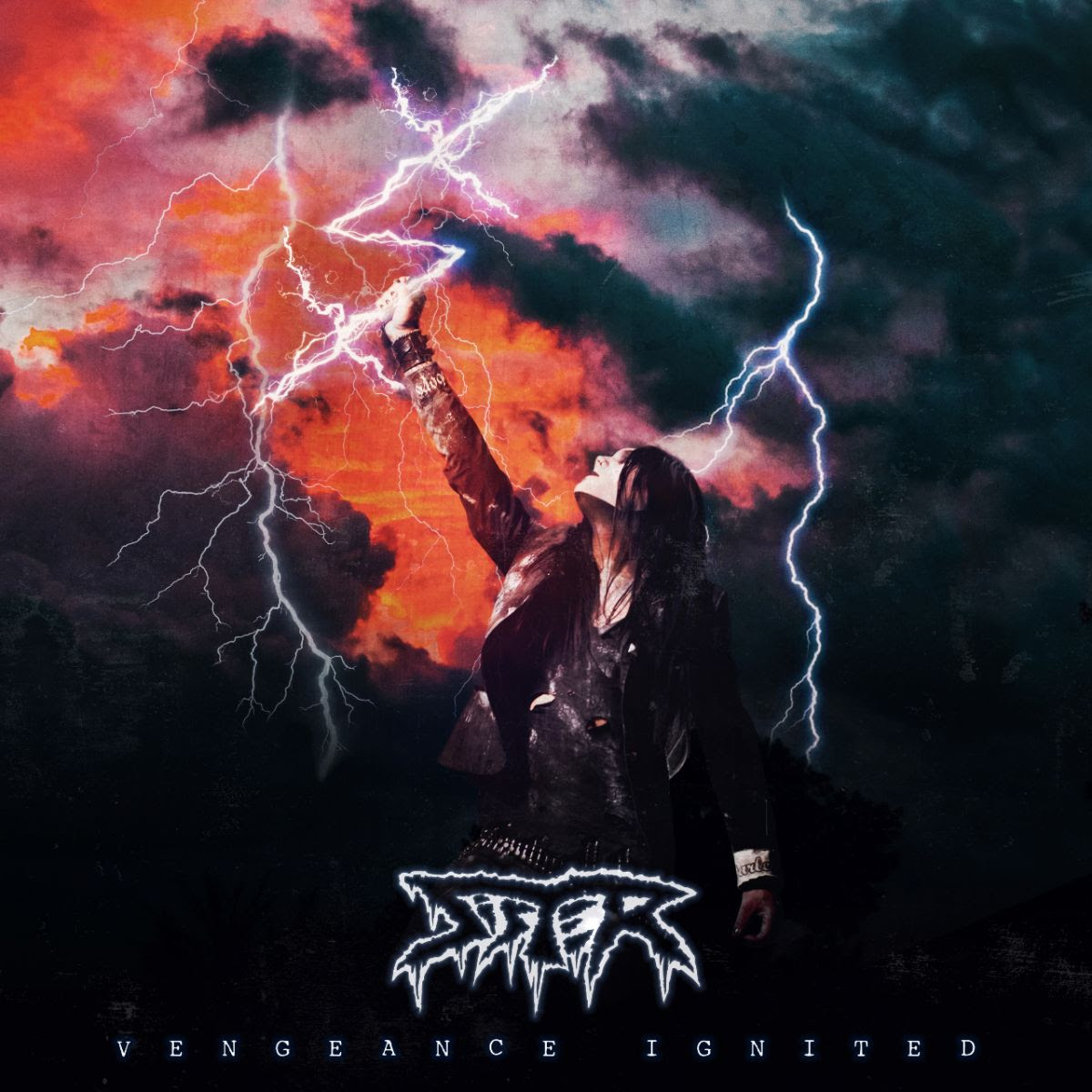 With the new fourth studio album `Vengeance Ignited’ Sister returns to the scene unleashing their well-known raw, edgy, explosive in-your-face attitude and be aware because the Swedish pack doesn’t hold back or compromise at all.

I’ve seen the band a few times raging on stage and I really love the high and intense energy these guys expose to their audience. Therefor I can already imagine them performing the new songs live, and let’s hope that will be possible in the near future! Actually there have been line-up changes over the years in the guitar and bass department but gladly the overall sound of Sister has always been secured, which has absolutely a lot to do with the rough vocal sound and singing style of Jamie Anderson and the hard hitting, but also swinging drumming style of Cari Crow. Along the way the band evolved and showed some slightly different angles on their former albums `Hated’ [2011], `Disguised Vultures’ [2014] and `Stand Up, Forward, March!’ [2016] as well, but bottom line is that the listener always could chew on rebellious, dark, punk, hard rock, [glam] metal and horror influenced music and with `Vengeance Ignited’ it’s no different. So again the quartet serve us no musical bullshit and blabbering, but getting straight to the point with nine raw, harsh, darkly sounding and angry-laden tracks that have hooks in the choruses and primal rock ‘n roll groove in the core. The few guitar solos add a nice melodic dimension. Then there is also one power ballad towards the end of the album called ,,Whispering Winds’’, but to be honest, I like Jamie’s vocals best when it is in full force like in the other songs and which he luckily does in the second part of the ballad.

With `Vengeance Ignited’, Sister again takes a strong position and fans of the band can count on what they could always count on. Sister’s new record label Flick Records describes it as: “They merge the sound of Punk, glam, Rock and Metal with a result of sounding something like the bastard child of The Misfits and Guns N’ Roses.” Well, if that thought excites you, you should definitely check it out.