Sisters Of Suffocation-Humans Are Broken 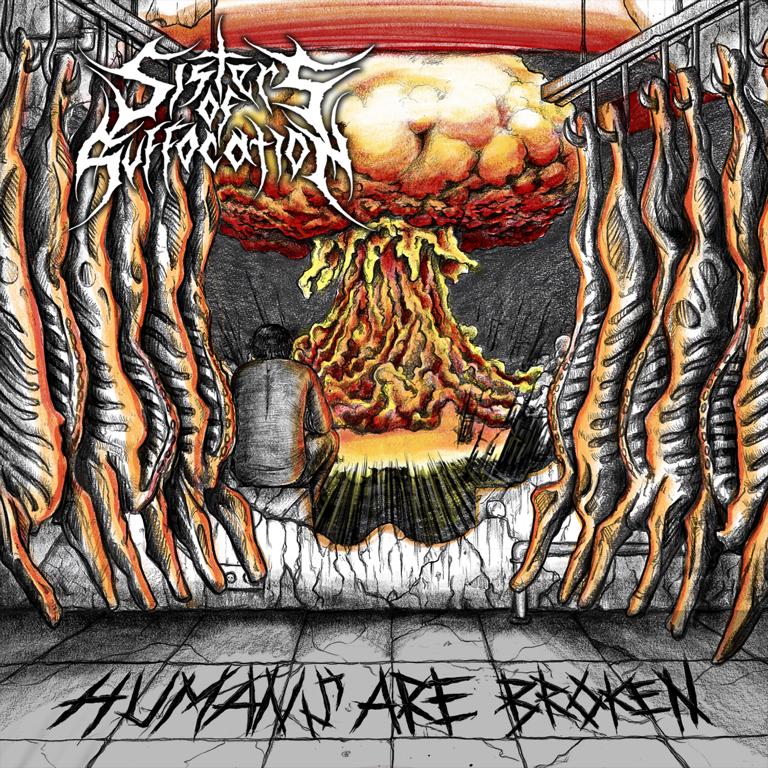 Sisters Of Suffocation-Humans Are Broken

Sisters of Suffocation hail from Eindhoven, the Netherlands, my hometown. After releasing their EP ‘Brutal Queen’ in 2016 they released their debut album ‘Anthology Of Curiosities’ the next year. ‘Anthology Of Curiosities’ was quite a brutal affair so I was looking forward to this follow up. So now we have ‘Humans Are Broken’. The album starts with the title track, a real bone crusher. And it readily displays the qualities of Sisters of Suffocation; deadly riffs, neck breaking speeds and especially; the devastating vocals of Els Prins. It’s quite amazing what she can do with her voice. From deep death vox, or grunts as we call them in the Netherlands, to screeching highs. She is very diverse and dynamic in her vocal approach, and vocal it is, and is certainly one of the strong points of this band. The style of The Sisters is straight out death metal without any pretensions and that works very well on this album. Tracks like ,,Humans Are Broken’’, ,,Little Shits’’ and ,,Blood On Blood’’ would be highlights on almost any death metal album. I have to mention the work of drummer Kevin van den Heiligenberg as well. He constantly powers and drives this album towards the speed limit if not over it. With all of that said, I could not help but notice that there are a few differences with the debut album. Compared to the debut album I found ‘Humans Are Broken’ a bit less brutal. Perhaps because of the growing incidental insertion of clean vocals in some of the songs. Most of the time it’s done quite subtle like in ,,The Objective’’. At other times more blatant like in ,,War In My Head’’. And then I find myself asking: “Why exactly is the band doing this?” Especially when they have one of the best grunters in the business. And I am not kidding, I really think any death metal band would jump at the chance to have a grunter like Els in the band. I am pretty sure this is partly my own subjective preference but I think this album could have done without the clean vocals. It would have made it a more solid affair as far as I am concerned. Another thing I am less happy with is the soloing on the album. I really hope that the soloing will become better on future releases. At the moment as far as I can see, it’s adequate at best, but it might be a problem if the band wants to compete with the bigger bands. For now however ‘Humans Are Broken’ is a good death metal album from a band that has the capacity to grow much bigger in the future.