SIXX:A.M.-Prayers For The Blessed, Vol. 2 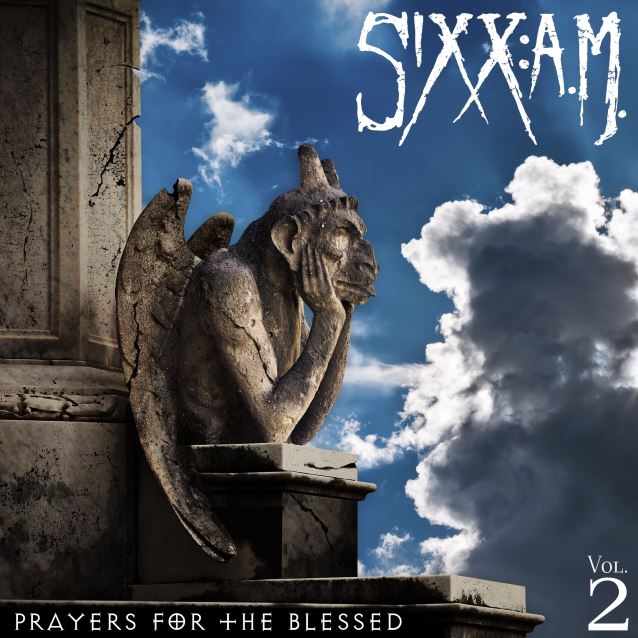 SIXX:A.M.-Prayers For The Blessed, Vol. 2

When SIXX:A.M., the super group around Nikki Sixx, DJ Ashba and singer James Michael first released their debut album `The Heroin Diaries’ 9 years ago, it was nothing than a studio project that created the soundtrack to the Nikki Sixx book release with the same title. With Nikki still active in Mötley Crüe and DJ rockin’ the world with Guns N’ Roses, no one expected more from these guys but it didn’t stop demanding more and new music and especially live shows. Nine years later, I sit here now and digesting every note of the already fifth studio album `Prayers For The Blessed, Vol. 2’. The fans dream came true and the times are different. Ashba isn’t with GNR anymore and Nikki buried the Crüe forever, so there is a completely different focus on a band that once was only a project.
`Prayers For The Blessed, Vol. 2’ is not only a new album but also the second part of a double album, released with 7 months in between. Both albums match perfectly together, make sense as individual releases but also as a double album. Even the artworks are combinable. Sixx:A.M. walks on a very unique path with their music and created a completely new trademark in music. James Michaels voice is recognizable out of a million other voices and the song writing is hitting spheres with bands like Muse or Queen. The songs carry so many different sound layers and arrangements, which you can explore every time you start over from the beginning. A true masterwork and it is hoped that this band sticks together for quite a while, as Sixx:A.M. has the potential to become bigger than Mötley Crüe and Guns N’ Roses together.