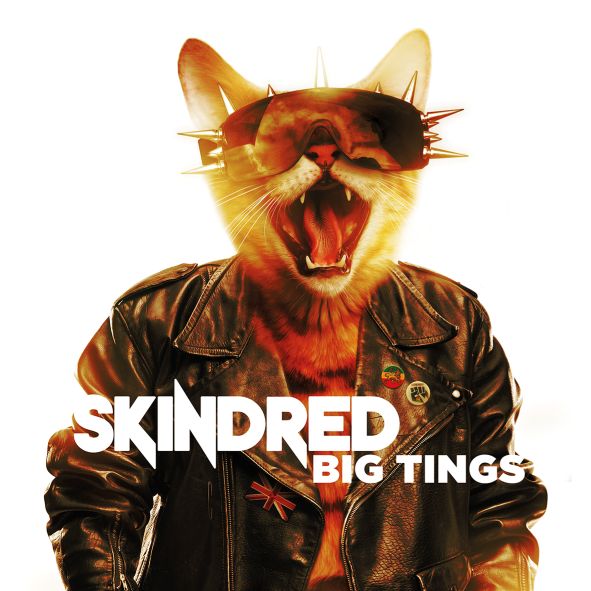 Those who have seen Skindred on a stage know, there aren’t many other bands on this planet that can transport so much energy, every damn night. Benji Webbe and his men are a powerhouse and here to enjoy themselves during a live show. After the unfortunate end of Dub War in the late 90s, Skindred came out of nowhere with their debut album `Babylon‘. Ever since, they mix all kind of musical styles together to create this totally recognizable sound. There is no musical genre that suits them, they have created their own. After being in the business for nearly 20 years I had the feeling that their musical output kind of stagnated. Don’t get me wrong, all of their albums are amazing but I kind of missed the innovation on the previous record. So what can a band do when they reach such a point? Repeat themselves over and over again? End their career by splitting up? Or….exactly what Skindred did: simply release their best album ever. I know, I’m a fan but listen to me, every song on the new record ‘Big Tings‘ is a dancefloor hit. It is not possible to listen to these songs and not move any body part at all. You want to dance right away. I have no clue where this is coming from but I love it and I want more of it. As I know the energy of a Skindred show, I can just imagine how these 10 new songs will destroy every stage on this planet while being played live. I actually want to point out one or two songs that I think are the best, but I can’t. It‘s just not possible cause everything is equally good. Within all greatness and positivity, there is only one thing I hate about this new record. It’s already over after 39 minutes. The good thing, it doesn’t matter as you want to listen to it in repeat anyway. I’d like to end my review on Skindred‘s ‘Big Tings‘ by saying: GO….BUY….THIS…RECORD !!!!!!!