SKINTRADE-The Show Must Go On 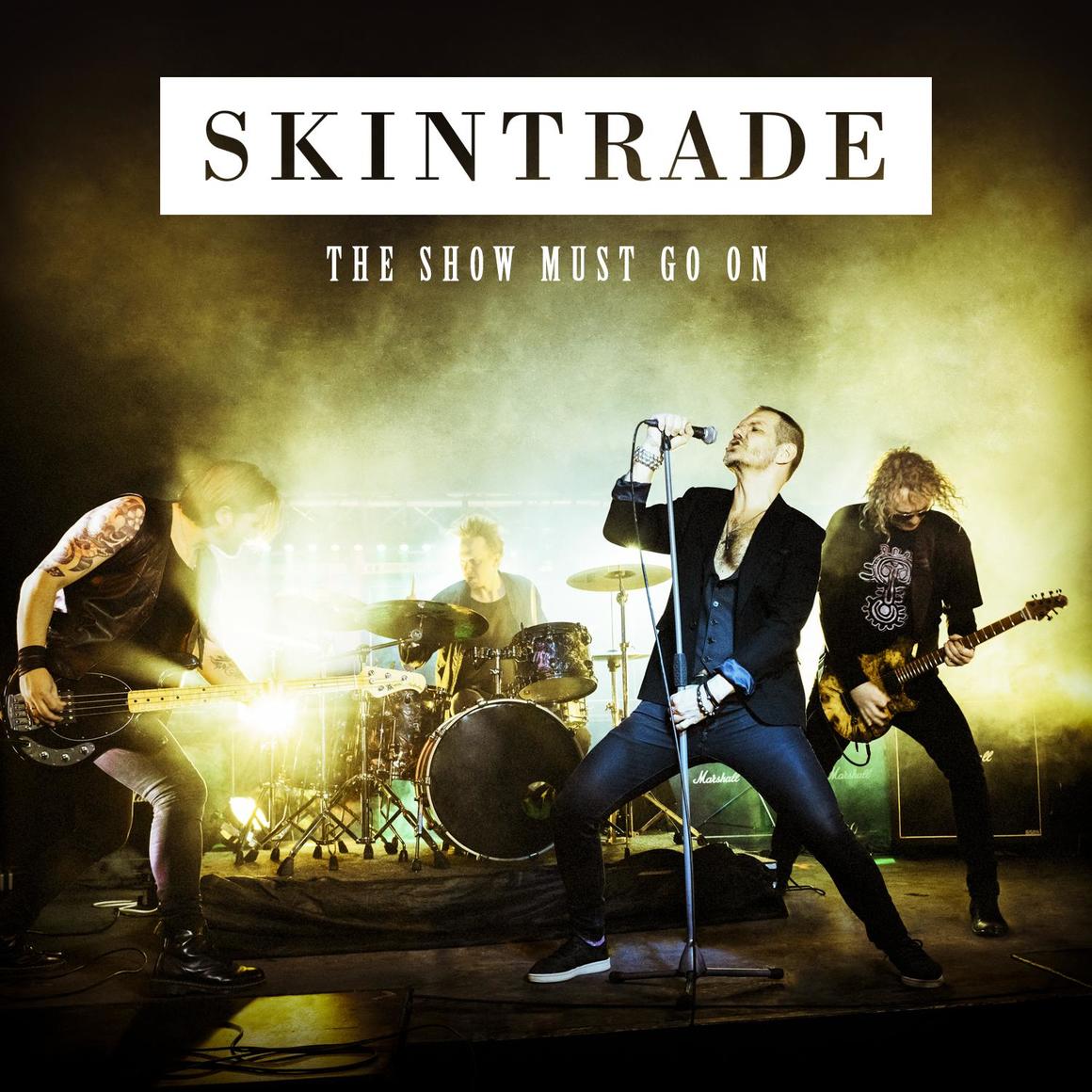 SKINTRADE-The Show Must Go On

After two remarkable albums in 1993 and 1995 (‘Skintrade’ and ‘Roach Powder’) and some successful gigs abroad (including the prestigious Dynamo Open Air in The Netherlands) the band around power vocalist Matti Alfonzetti called it a day. With their debut album the band combined rock with rap and received a lot of praise for that (in those days) daring move but the second album was less received (the rap elements were gone) and their major record company dropped the band who disbanded only to come back alive around 2011. Since then the albums ‘Refueled’ and ‘Scarred For Life’ have been released and now it is time for ‘The Show Must Go On’. There is one major point of criticism. The eight songs together clock exactly 29.30 minutes, so less than half an hour. That is not much. But like similar short albums like ‘Knights Of The New Thunder’ by TNT and ‘Reign In Blood’ by Slayer (totally different genre but still) ‘The Show Must Go On’ is from start to finish a MONSTER melodic hard rock album that is an absolute must for anyone that appreciates melodic heavy rock. With the core of the band with Alfonzetti, bass player Håkan Calmroth and guitarist Stefan Bergström (drummer Hasse Sjolander came later into the group) still intact the eight songs just race by forcing you to hit the repeat button over and over again. The record has power, melody, outstanding musicianship, exceptional vocals, a classy and crispy production, dynamic arrangements and above all songs that with the exception of one (,,Other Side’’) all clock between three and four minutes and leave nothing to be desired. I don’t want to mention individual songs as I want you to discover them for yourself. This is the ideal rock album and it seems that all the good stuff this year is made in Sweden (wait until the release of the new Sorcerer album). I have no idea where Alfonzetti and his compadres got the inspiration from but all aspects of this album check out. You can’t compare this material anymore with what they did a quarter of a century ago but this record is up there with the above mentioned TNT album and Giant’s ‘Last Of The Runaways’, just two other albums that made such a huge impact when they were released. From top to bottom, from the first to the last second and each and every song on this killer album speaks for itself. Hearing is believing!!! A pity that the fun only lasts less than half an hour.