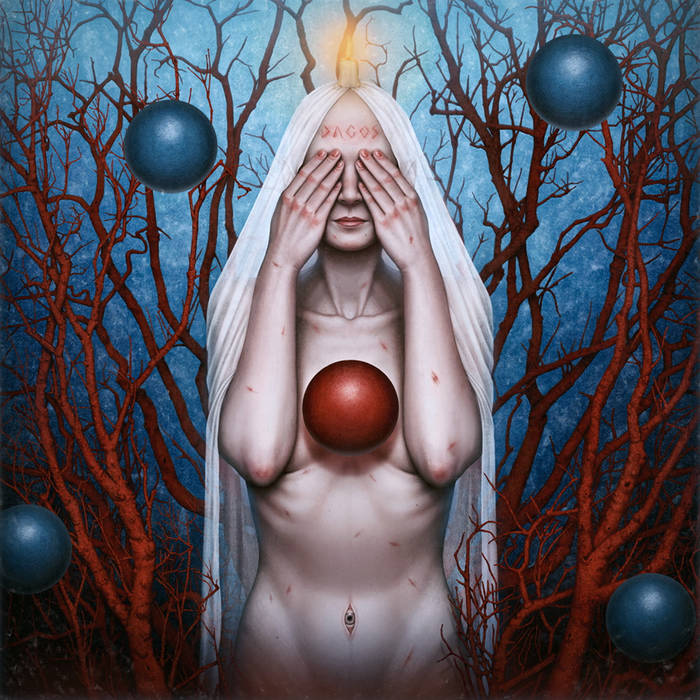 I’m instantly attracted by the album art and the band’s bio when this hits the HBLS mailbox. Drawing attention with their name as well, Skull Above The Cannon is one of those bands you are unable to classify easily. With their name and fame rising in their native homeland Italy, the Sicilian act releases `Dagos’ to convince the rest of the world of their qualities, and take them on the journey over unpredictable paths on the edge of steep cliffs on the slope of rock and metal’s highest peaks.

`Dagos’ spent a long time in production crystalizing and enhancing the band’s sound and its concept. Focusing on current world issues such as globalization and clashes between cultures, local and globally, the music of SATC is seeking solution in uncommon ways. With all members deeply rooted in their Sicilian traditions, though relocated to London, `Dagos’ also reveals a variety of traditional elements implemented by using folk instruments, diversifying time changes and notes from their native soil. Thus the title is chosen wisely, as `Dagos’ recalls the derogatory term in the 19th century used by Americans to label immigrants of Latin origin. With the term taking a more provocative and symbolic meaning today addressing the widespread global migration of populations clashing with the universal nature of the process of globalization and the current world order. Thus `Dagos’ covers the load and the music does exactly the same. From ,,Away” onwards the trio shakes up the cocktail of their sonic palette. Switching in incomprehensive structures slowly nesting, Skull Above The Cannon are a tough nut to crack. Names such as Primus and Tool come to mind, but the outcome of their sonic endeavour is way to intriguing. Halfway into ,,Away” they display their finesse with insane musical interaction. Throbbing bass and jazzy structures over radiant progressive drumming evoke your deepest senses. Ominously it keeps scattering off the sonic palette and the song is sticky in density. Giulio Matheson’s vocals switch from narrating to comfort oozing, adding to the low-end bass lines from Ettore Scuderi in the best Claypool tradition. When Giulio unloads his anger, he leans towards the neuroses (melodic) outcries of Saigon Kick’s Matt Kramer. Being the guitar player of the band he fires on both channels with intense and insane high quality, drawing from grunge, psychedelica and roaring grooves. The mix is intense and catches fire with every outburst. The music is varied and touches your deepest emotions as you stroll through the terrifying landscape pasted. Tribal drums take us front centre with blunt riffs and ploughing bass with funky undertone, much like Last Crack’s signature sound (,,Blue Fly Fish Sky”) the music keeps flourishing with unexpected twists and turns. A slick melody line is woven deep in the song’s structure with high appeal and mesmerizing pretentions. SKATC goes al freaky when ,,B. The Fish” shoots into gear. Plucking bass with steep guitar interaction reviving Primus’ ,,Frizzle Fry” moments without copying. The turbulence is scattering and the neurotic vocal section bridging towards the chorus breathes frustration and despair. Storming onwards with the current video single ,,Pigmen” SATC manages to squeeze their high velocity package into a short running track touching all aspects of their horizon. It is dense and still oozes an open end atmosphere with humming didgeridoo adding to the funky lustre of the song. Much like Tribe After Tribe the band manages to fuse transatlantic sounds with tribal toning and inject it all with intensity. The interlude ,,Rose On A Train” serenely meanders into the short lived scattering opening of ,,Trip To Descent”, an extremely progressive track fusing the Primus toning with Muse-like alternative notes and RHCP bass laden turmoil. It swirls with emotions, yet its open structure throws you off. More dense the band dives head first into the abyss of ,,Kaori”, one of the steepest cliffs on this sonic slope, displaying the top of their musical mountain for the first time. It is anger laden and frustration shoots back and forth with intense bass and drum interaction. Guitar licks add vigour and the solo sticks. Mellow narration over low-end riffs stumble forward with Pantera power, before interlude ,,Serenity” leads us into ,,Burst”. Mindfunk galore. Slapping bass and funky notes are propelling it forward with scat vocals adding to the funky cocktail. Primus neurosis flexes with the slapping bass and the track just keeps getting nuttier with every minute and with every spin of the disc. ,,When The Music Is Over” takes the album to its summit overseeing the landscape we explored ion this 9 previous tracks. The song touches deep with and draws from all the ingredients offered in the previous 9 tracks, perfectly topping off `Dagos’.

Unable to label the band’s cocktail of extravagance `Dagos’ is a sonic journey with a story of the present. The anger and frustration is fused with turmoil and scattering musical interaction that goes off the board. The musical craftsmanship is tremendous and tracks and section at first spin radiating discomfort slowly reveals their deeper appeal with every spin. There’s so much going on on `Dagos’ that it takes at least 5+ spins for the album to truly reveal its beauty and power.
First spin is the awkward running train immediately attracting as you know this is something out of the ordinary, with the 2nd – 4th spin slowly nesting, and from that moment onwards the album shot root in your subconscious dark side of the brain, to not lose its grip on your soul. Skull Above The Cannon delivers a ground-shaking debut with `Dagos’.