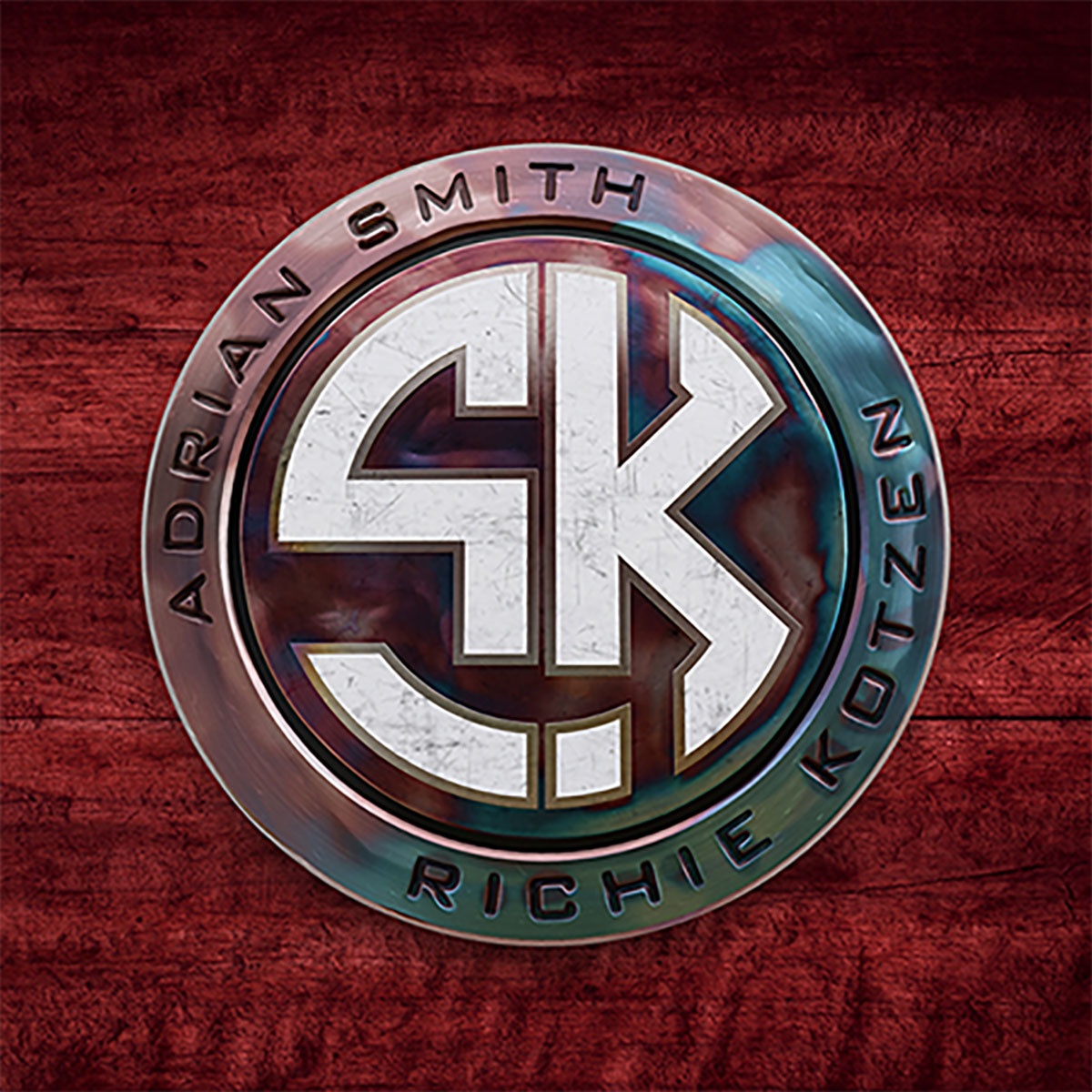 Iron Maiden meets The Winery Dogs, can it get any weirder? Guitarist Adrian Smith and guitarist/singer Richie Kotzen struck up a friendship some years ago and slowly but surely the belief started to grow that they should do something together. Last year in February they found the time to record their ideas that had become full blown songs, sharing writing duties, sharing the production, trading licks and solos, sharing the singing and bass duties, a true partnership in every inch of the way.

For Adrian it was a way to express himself as with Iron Maiden he has to compete with two other guitarists while bass player Steve Harris is the main writer. This cooperation with Richie Kotzen gave Adrian Smith the chance to come out of the box a bit more. They did use some outside help in the form of two drummers. Maiden’s Nicko McBrain helped out on the track ,,Solar Fire’’ while Richie asked his friend Tal Bergman (ex-Joe Bonamassa) to play on three songs, while Richie himself took place behind the drum kit to knock the other five songs out of the park.

Often you find when two reasonably famous axe slingers team up it often ends up in a competition trying to outdo each other. Not in this case. Although there is an orgy of superb solos and riffs to be heard on this nine track record that was mixed by the famous Kevin Shirley, for the duo it is all about the songs. Tracks where they both show their love for classic heavy rock, blues rock and a tiny bit of funk. It is a tribute to their own heroes although you can’t say that Smith and Kotzen have chosen to openly pay homage to a specific artist. It is more a celebration of their own youth and influences and what amazes me the most on this record is that both voices are very compatible with each other. We have always known that Richie had become an excellent singer throughout the years, Adrian showed his vocal talent on his A.S.a.P album ‘Silver And Gold’ but that was in 1989, more than 30 years ago. So to hear him matching up with Richie and standing tall in that department is quite something.

Like I stated before on this album it is all about the songs, there is no room for egotripping or trying to steal the show. It is a team effort galore and it has resulted in a nine song thunderbolt of an album with lots of variety, melody, power and class. I find it difficult to pinpoint any big hitters as for me all songs have their own charm but if I have to choose I would go for the rocking ballad ,,Til Tomorrow’’ were all pieces of the puzzle once again come together. But like I said, all songs have their own charm and character.

This is a well-balanced, truly amazing heavy rock album by two musicians who have found each other and have put all of their writing, playing, singing and production abilities into this record. Top notch classic rock by two seasoned blokes. Hopefully in the future they will find holes in their schedules to continue this amazing partnership because: WE WANT MORE!