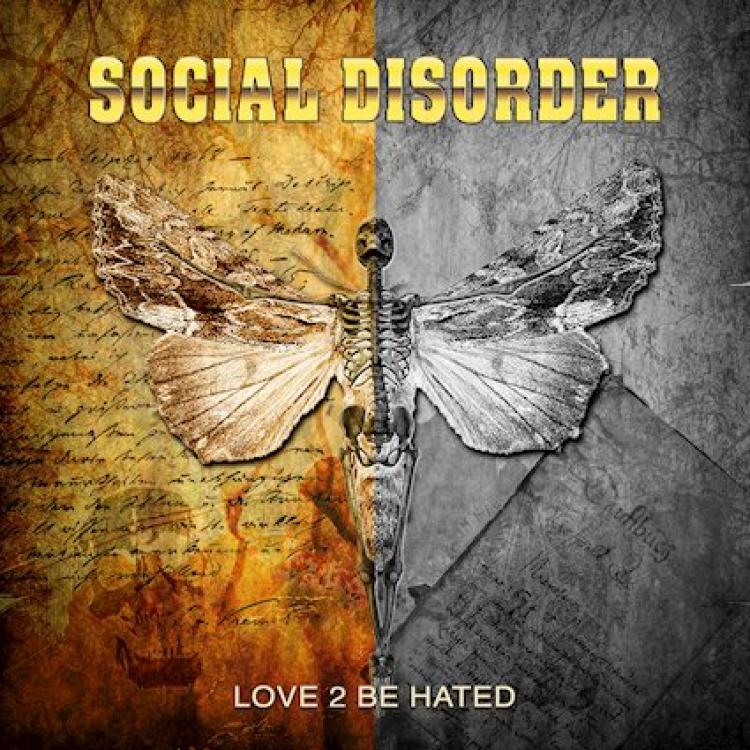 Anders ‘LA’ Rönnblom is an important part of the bands Killer Bee and X-Romance. The bass player, composer and producer started working on a new project a while ago and when the songs that he had written became more and more visible to him, he started putting the puppets into place. He recruited several X-Romance musicians like guitarist Fredrick Tjerneld but also invited some other names to participate. Names like LA Guns guitarist Tracii Guns, bass player Rudy Sarzo, drummer Snowy Shaw, Armored Saint guitarist Jeff Duncan and most importantly Perfect Plan keyboardist Leif Ehlin who assisted Anders with the production amongst other things.

But the missing piece was a singer and Anders found him in his hometown tipped by Leif Ehlin who told him he knew a singer that sounded familiar to Joe Lynn Turner. Thomas Nordin might not be a familiar name to the general rock lovers but based on his achievements on ‘Love 2 Be Hated’ he will make a big name for himself. Believe me people, this dude can sing. The similarity with Joe Lynn Turner I have not really heard. Nordin has got it all: power, melody, reach and charisma. It must be said that the forceful melodic heavy rock songs seem to be for the full hundred percent created for his voice as Thomas Nordin sounds so comfortable and full of beans.

Anders ‘LA’ Rönnblom has really written a bunch of winners, surrounded the songs with a strong, punchy and powerful production, lots of cool but heavy riffs, scorching solos, tasty keys and swooping bass and drum parts. At times the music brings back some memories of Talisman (,,Scars’’ in particular), as we all know one of the finest hard rock bands ever to come out of Sweden. Social Disorder has hardly any weak points as the songs all are very well constructed and have a certain power that just can’t be denied including a gorgeous instrumental track in the form of ,,Wings Of Serenity’’.

Yes, you hear certain influences that sound familiar at times but it would go way too far to say that Social Disorder has got no originality. Fans of gripping and powerful melodic heavy rock who are also keen on great vocals MUST dive into ‘Love 2 Be Hated’! Warmly recommended.