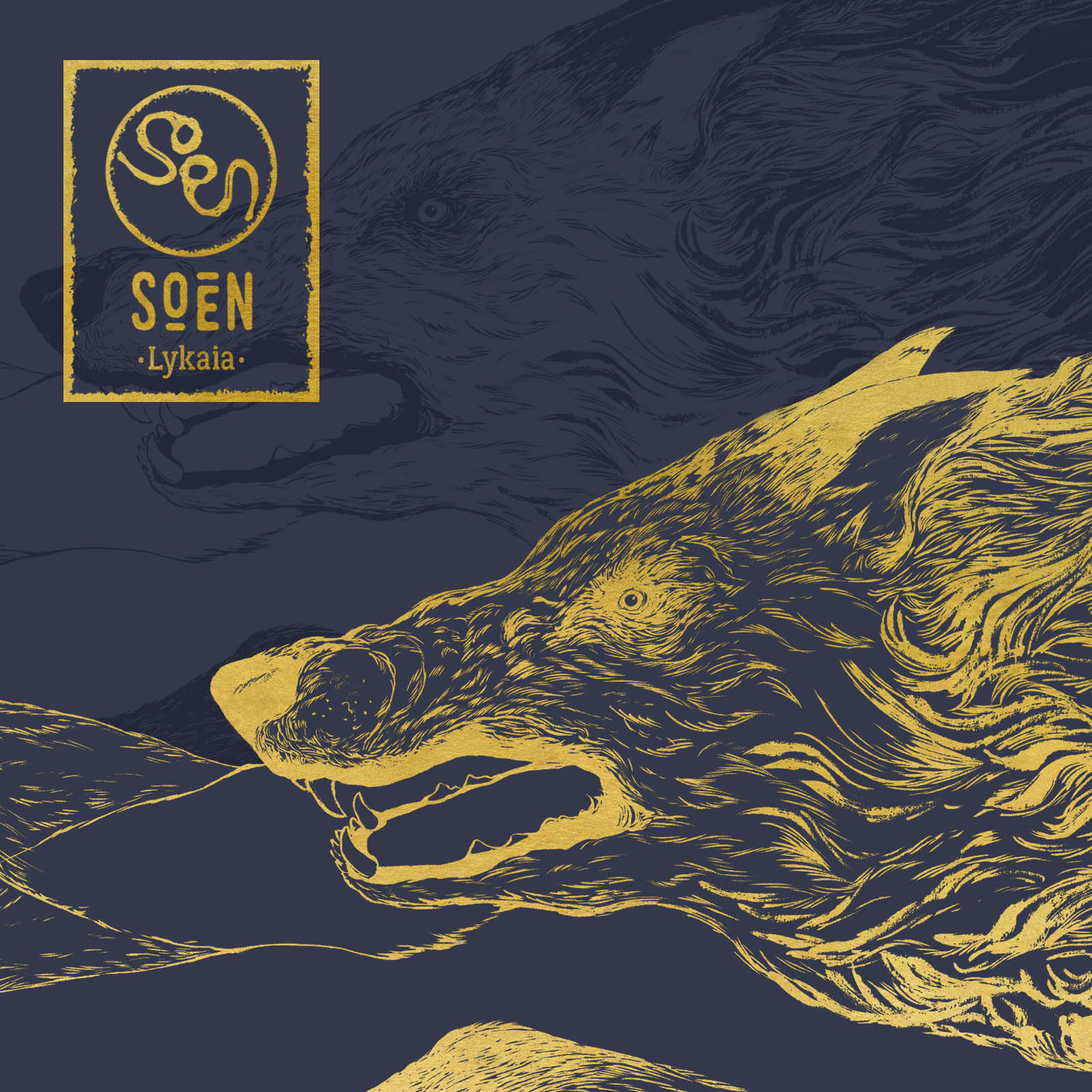 Suffered by comparison is Soen. The band is (too often) compared to progressive flagship Tool and, even though I hear a slight resemblance, I do think we’re selling short Soen. The band bears the marks of their bigger brother in terms of vocals and the dark and moody prog they serve up, but Soen has most certainly evolved and brought their stubborn followed musical path to a higher level. Indeed, Joel Ekelöf’s vocal presence tings a lot like Maynard Keenan’s vocal escapades. The withheld lingering combustion of anger is ever so present and it is tailor-made for the gloomy dark passages of melancholy. ‘Lykaia’ blooms in darkness and it spoons occasionally with Tool’s ‘Opiate’-era because of that. The harmonies are as gracious as the ones served up by Tool but that’s rather a compliment than a reproach. No, Soen taps another vein without falling short of what makes them Soen. ,,Secretarian” is one of those songs that turn within the blankets of comfort. Reminiscent to the here for mentioned it bears somber dark scars. ,,Orison” however displays ferocious thrive and craftsmanship of the band. The song pulled forward by a reverb spitting bass line and when it hits the bridge it astonishes with passionate towering progscales. Guitars pick up pass and drums take Centre stage. Chorus is sticky and recognizable as always, but larger than ever before. ,,Orison” is an instant favourite and soen-to-be crowd pleaser. Exquisite guitarwork in the outro of the song, in the vein of Steve Howe (Yes, Asia) colour it brightly and display the magnitude of the band’s musical endeavor. Soen blends progressive elements of the classic past with those of the present. Think 70’s English symphonic progressive rock stripped from it’s larger than live keyboard swirls, combined with the grungy underscore of Tool’s gloom, molded to a modern attitude. The intimate ballad ,,Lucidity” even has a poppy feel with psychedelic toning and ,,Jinn” is a modern semi ballad-ish Eastern scaled track with spiritual grandeur. It’s all extremely gripping and powerful with loads of temperament set free, well dosed and timed. Funny enough it all fits the package of ‘Lykaia’. Soen is intriguing and it is exactly that what pulls you into this record on the spot. Songs like the ominous and power-laden ,,Opal” and even so eclectic ,,Stray” are musical powerhouses, intelligent and refined. Or “Sister”, which is simply astonishing and displays timid greatness. The craftsmanship oozes of the edges on every single song served on this album. ,,God’s Acre” is symphonic masterpiece of epic proportions. The song combines passion and power in a highly melodic setting. ,,God’s Acre” also recaps the full grandeur of Soen’s capabilities in terms of composing and executing. The song is a wondrous and hookladen piece of perfection that simultaneously hits you in the gut as well as it nests in the heart. All of this is perfectly captured by the solid production by Marcus Jidell, focusing on a classic recording rather than modern, providing an all over organic and honest feel. Kudos! Soen channels emotions of musical diversity in a powerful way on ‘Lykaia’. It draws from the past, from the widest corners of the genre and inflicts it with a unique Soen-format. The band lures you into this gripping album on the spot. The musical journey is injected with panache and the melancholy is withering and overwhelming. It spreads warmth without making you grasp short of air. Picture an old oak tree standing tall on top of a hill overseeing the area, taking in the last rays of sun before a veil of mist surrounds it in semi darkness… just fore darkness falls: SOEN!