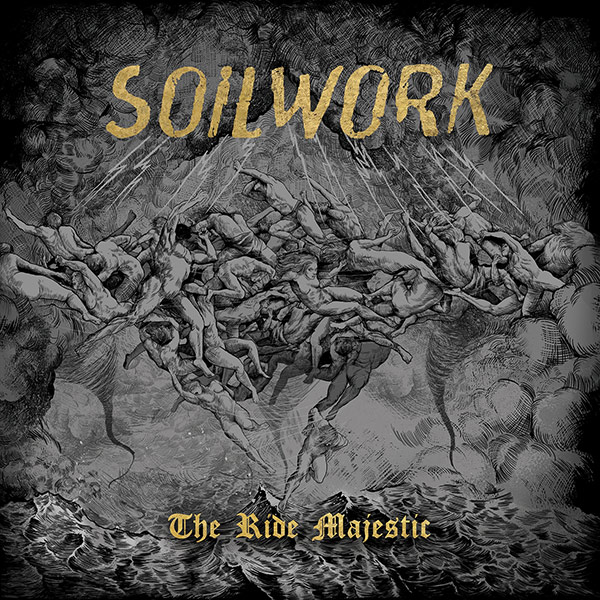 With the new cd `The Ride Majestic’ Soilwork express a tribute to life and death. The Swedish sextet explores even more the darkest corners of death metal but at the same time these guys know how to sound as catchy as hell. A perfect example of that are the title track ,,The Ride Majestic’’ itself, the mysterious sounding ,,Death In General’’ and ,,Father And Son Watching The World Go Down’’. The over all sound of this album is super heavy, driven by technical blast beats and the schizophrenic voice of Björn `Speed’ Strid, who knows perfectly when and how to rage like a madman by doing intense grunts and screams or when to be a smooth, emotional sounding guy. Soilwork took it’s technical skills to a higher level and real ingenious is a song like ,,Petrichor By Sulphur’’. Guitar tandem Sylvain Coudret and David Andersson layer the songs with suburb guitar melodies and also make sure there is a lifeline with the melodic aspect. Soilwork injects the death metal genre with suburb energy and this new album is a hell of a ride you absolutely have to experience.