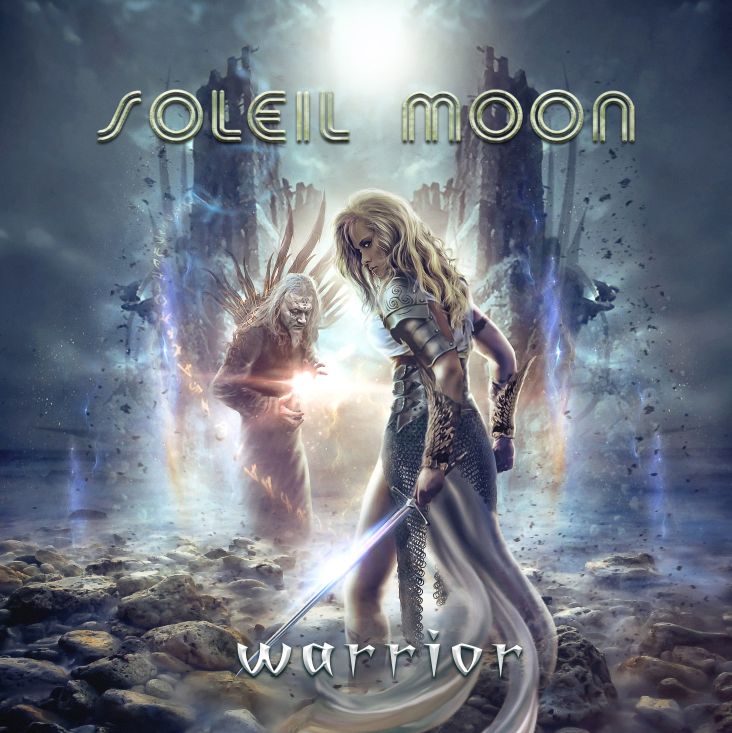 Soleil Moon started as a band project by singer/composer Larry King and keyboardist/composer John Blasucci a few decades ago. This is only the third album by Soleil Moon. ’Worlds Apart’ came out in 1999, ‘On The Way To Everything’ in 2011, both quite brilliant AOR/West Coast rock albums with some pop structures in there as well. Larry King also sang on the last two Michael Thompson Band albums, while Thompson himself has played on all Soleil Moon albums including the latest one ‘Warrior’. The beautiful opening track ,,’72 Camaro’’ was actually recorded by the Michael Thompson Band in 2018 (with King singing, you can watch it on YouTube) but was not used on the last Michael Thompson Band CD ‘Love & Beyond’, so luckily for us Larry King has used it for ‘Warrior’. Shall I make a long story short? Do yourself a favour and get this album. It contains excellent AOR/West Coast rock with superb vocals by a man that should be famous for his singing by a large audience but has stayed under the radar in this scene. Larry King has enjoyed a long career so far most of the time singing commercials. But every now and then, like Michael Thompson, he has the urge to put out an album that is hard to ignore if you are into this particular genre. The songs are smooth, maybe even silky, but still have enough bite in them to establish this band into the rock market. I guess Frontiers Music is the right label for Soleil Moon, as a major company these days still has not got a clue how to market this kind of music properly. Sure, I know, it might have become music for the happy few but for those who care about genuine composed, played and produced AOR/West Coast rock ‘Warrior’ is just like ‘Love & Beyond’ a product that you must have if you give a damn about this genre. Crafty beautiful songs (especially title track ,,Warrior’’ is a peach of a song), superb musicianship, a man with a golden voice, this is the complete package. And in case you are looking for the first two records just go to the website of Soleil Moon where they still can be purchased for a very reasonable price. I did that not so long ago and have not regretted that for one single second! Do I need to be even more specific? No, I will let ‘Warrior’ and its 12 songs speak for itself!