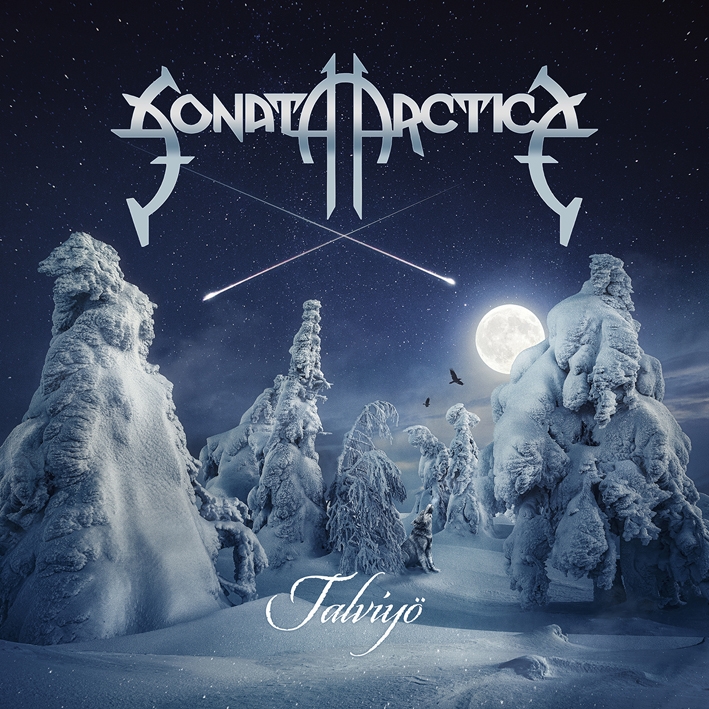 In 1999, the Finnish power metal band Sonata Arctica released their debut album ‘Ecliptica’ and till now this is still their best album; at least in my humble opinion… Now 20 years later Sonata Arctica is back with their 10th studio album called ‘Talviyo’ and it is an album that will not end up in my top 10 list of best 2019 albums. Why? Well that is mainly due to the fact that the song material is very “chaotic” as ‘Talviyo’ features a couple of good power metal songs but on the other hand also some weird pop/rock songs, which you really have to get used to; or not, of course. Let me start with the good songs, being ,,Message From The Sun” (a heavy metal anthem old school Sonata Arctica track), ,,Who Failed The Most” (upbeat with a catchy chorus), ,,Ismo’s Got Good Reactors” (an instrumental song with great guitar work from Elias Viljanen) and ,,Demon’s Cage” (very powerful and symphonic) Unfortunately ‘Talviyo’ also features a couple of weak songs, like: ,,A Little Less Understanding” (the 1st single), ,,The Garden” (lots of piano and acoustic guitars), ,,Cold” (too much a feel good rock song), ,,Storm The Armada” (poppy and at times utterly boring) and the extremely dull ballad ,,The Last Of The Lambs”. On ‘Talviyo’ Sonata Arctica worked with an external producer, Mikko Tegelman, for the first time in their career and I do not know if that is the reason that I have difficulties in “liking” this album or maybe it is just due to the fact that the musical style/sound on this album is too diverse for me….. Just give it a try and see what you fell/think about it, for die hard Sonata Arctica fans ‘Talviyo’ might be a must have album….