SONS OF APOLLO-Live With The Plovdiv Psychotic Symphony 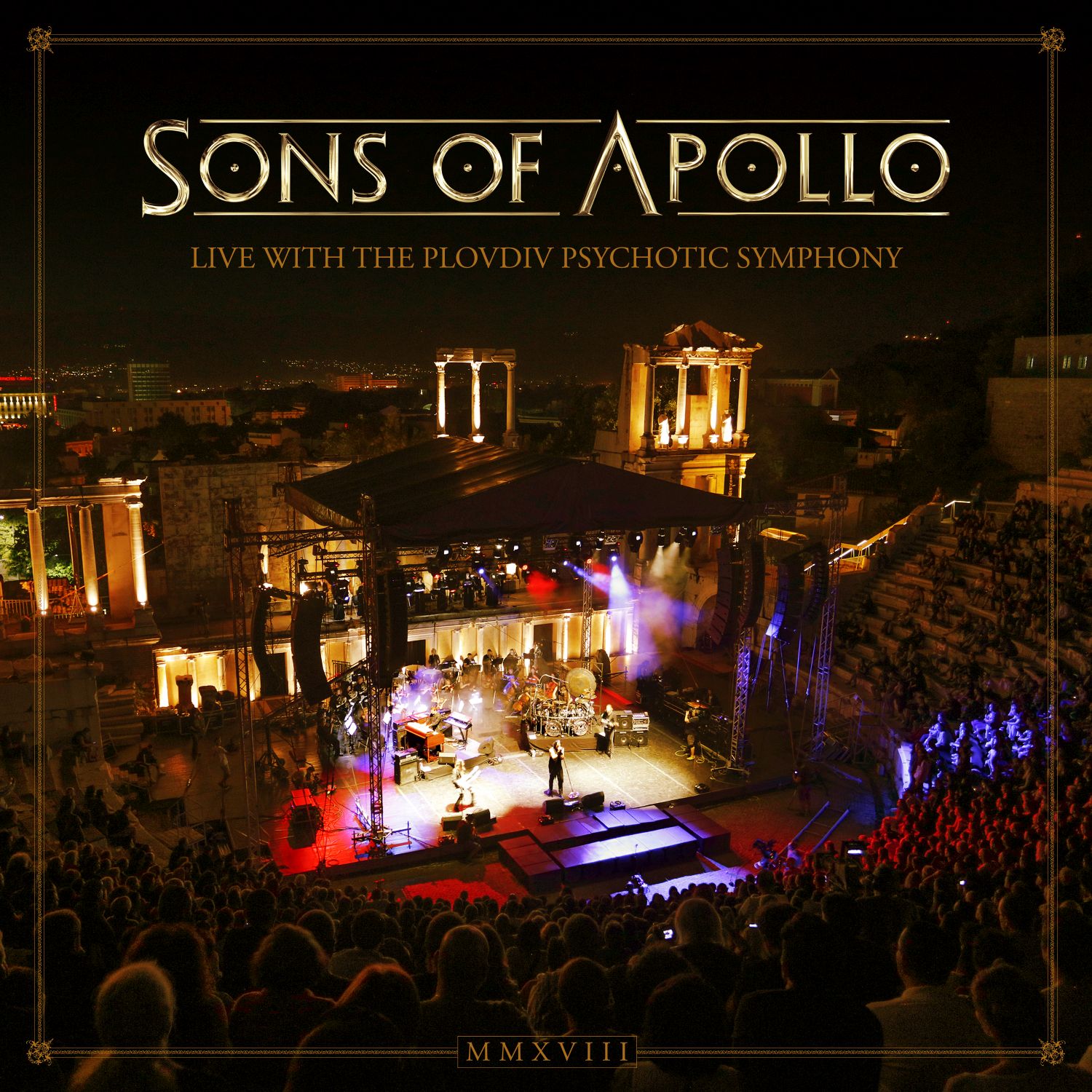 SONS OF APOLLO-Live With The Plovdiv Psychotic Symphony

September 3, 2019 by Michel van de Moosdijk - More about our team

It is quite a big and ballsy move to come up with a live DVD/CD/Blu-Ray cooperating with a full orchestra when you only have one studio record up your sleeve. Any band would have thought twice about making such a decision but not when you are Mike Portnoy (drums), Jeff Scott Soto (vocals), Derek Sherinian (keyboards), Billy Sheehan (bass) and guitarist Ron ‘Bumblefoot’ Thal (who joined Asia this year as singer/guitarist). Although barely together these five seasoned musicians saw the opportunity to film and record a show in the Bulgarian city of Plovdiv and took it. The night was divided in two sets. The first one existing of the regular songs from the studio album ‘Psychotic Symphony’ including a few covers (Dream Theater’s ,,Just Let Me Breathe’’), the second set with the full Plovdiv Philharmonic Orchestra (that was also featured on the 2013 Asia live-release ‘Symfonia Live In Bulgaria’) and featuring a bunch of covers plus ,,Labyrinth’’  and ,,Coming Home’’ of the first Sons Of Apollo record. I believe for as well the Asia as the Sons Of Apollo show the same Amphitheatre venue in Plovdiv was used. At the moment of writing these words we only have the music to our disposal but listening to a 2.5 hour plus show alone should be more than enough to convince rock fans that this is a very special release indeed. This is a gorgeous trip where Sons Of Apollo showcase their enormous talent. Yes, there are solo spots for each musician (with the exception of Portnoy) and yes, sometimes songs are very drawn out but the class and brilliance shown on this epic record is almost second to none. The most brilliant piece for me is ,,Opus Maximus’’, an instrumental from the debut record on which Portnoy, Thal, Sheehan and Sherinian showcase a musical trip that has incredible individual brilliance on offer and the song ties elements of hard rock, classic rock, symphonic and progressive pieces together as if there is no tomorrow. Very intensive stuff indeed. Like I said the first part of the record is filled with strong versions of albums tracks like ,,God Of The Sun’’, ,,Divine Addiction’’ and ,,Lost In Oblivion’’, a Sheehan solo and an astonish version of the Pink Panther theme. The second part is mainly filled with covers and this is where the orchestra participates to the maximum. It is astonishing that this band switches from songs of Aerosmith, Queen, Ozzy Osbourne, Led Zeppelin, Pink Floyd, Rainbow and Van Halen as if it is a daily routine. It turns out that the versions of ,,Dream On’’ (Aerosmith) and ,,Comfortably Numb’’ (Pink Floyd) are only featured on the CD and not on the DVD/Blue-Ray because of some legal issues. The thing is that the band and the orchestra hardly had the time to rehearse together and if you hear how much Sons Of Apollo and the orchestra are in tune with each other, it just makes the performances that are delivered even more astonishing. Can’t wait for the full package that I ordered to arrive to see the images as well. Make sure you do not miss this release that is available in different packages. As far as I am concerned the best live release I have heard in 2019 and warmly recommended. It might be on the expensive side perhaps but the quality of the music is immaculate! Shit, I forgot to mention how bloody brilliant Jeff Scott Soto sings on this album but then did we expect anything else?