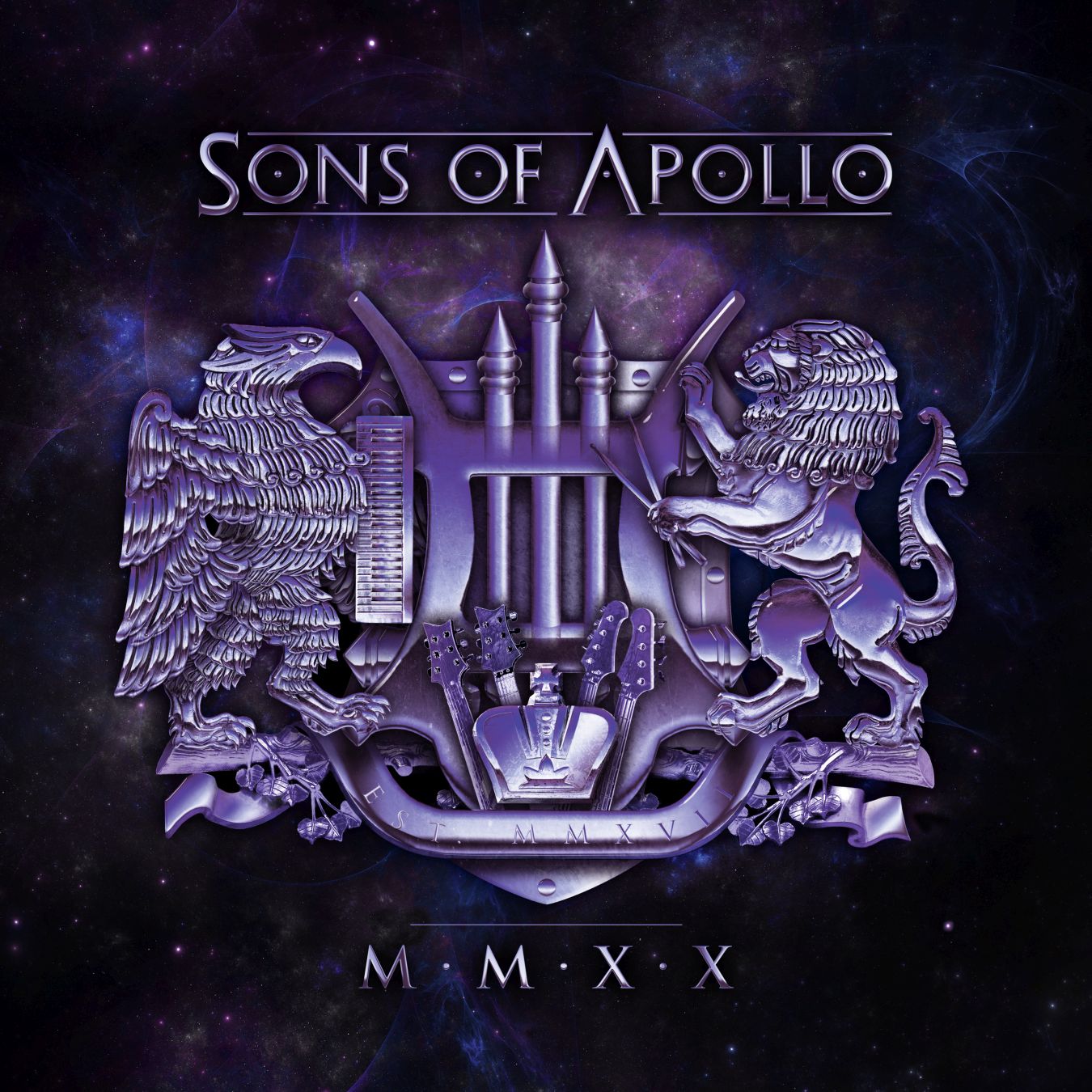 We have barely digested the 3 CD/DVD live registration ‘Live With The Plovdiv Psychotic Symphony’ (released only a few months ago) or we are already confronted with the second studio effort of Sons Of Apollo a five-headed musical monster featuring drummer Mike Portnoy, guitarist Ron ‘Bumblefoot’ Thal, bass maestro Billy Sheehan, keyboard wizard Derek Sherinian and the one and only Jeff Scott Soto on vocals. Preparations already began in January 2019 when Derek, Ron and Mike got together and wrote the song material in only a few weeks. Every member had plenty of time recording their parts in their own studio environment before putting everything together overseen by Mike and Derek as producers and mixed by Jay Ruston. Things went a lot smoother this time as their recording experience with the first album followed by 83 live-shows really brought the musicians closer together and giving them a better insight in the capacities and skills of each individual member. With no real pressure in sight and taking in mind the other commitments these guys have and had (everyone is playing in multiple bands and projects) the whole process of putting this album together took about eight months. Is ‘MMXX’ a lot different in comparison with the 2017 release ‘Psychotic Symphony’? Music and style wise not really. Sons Of Apollo is one of the bands today that gets away with crazy shredding and insane instrumental moments in their songs without the music becoming over complicated and out of reach of their public. Every musician in this band has his say and his moment to shine but you never have the feeling that someone is egotripping or trying to outshine another band member. Are there any elements that really come to mind that weren’t there before? Well, the fact that Derek Sherinian’s role on the piano is bigger than ever. On several songs that instrument plays a key role (intro of ,,Desolate July’’) and in general I have the feeling that the input of Sherinian is bigger and that he has gained more influence in the whole set up. Listen for instance to a section in the middle of the song ,,King Of Delusion’’ where there is a piano and drum interaction that is just outstanding. Or the last song ,,New World Today’’ clocking almost 16 minutes and showcasing all the qualities of this band with melodic parts, up tempo bits, some crazy shredding and also some over the top instrumental magic. A song with so many twists and turns where you might not to be able to follow all the happenings at the first attempt as it is mind blowing stuff. Add to that the as always immaculate singing of Jeff Scott Soto and be ready to be overwhelmed by a majestic second studio album of Sons Of Apollo. It is a discovery trip through and through, an album that combines hard rock with progressive moments, beautiful harmonies and breathtaking musicianship. This is going to be a highlight in 2020 and we are only in the first month!