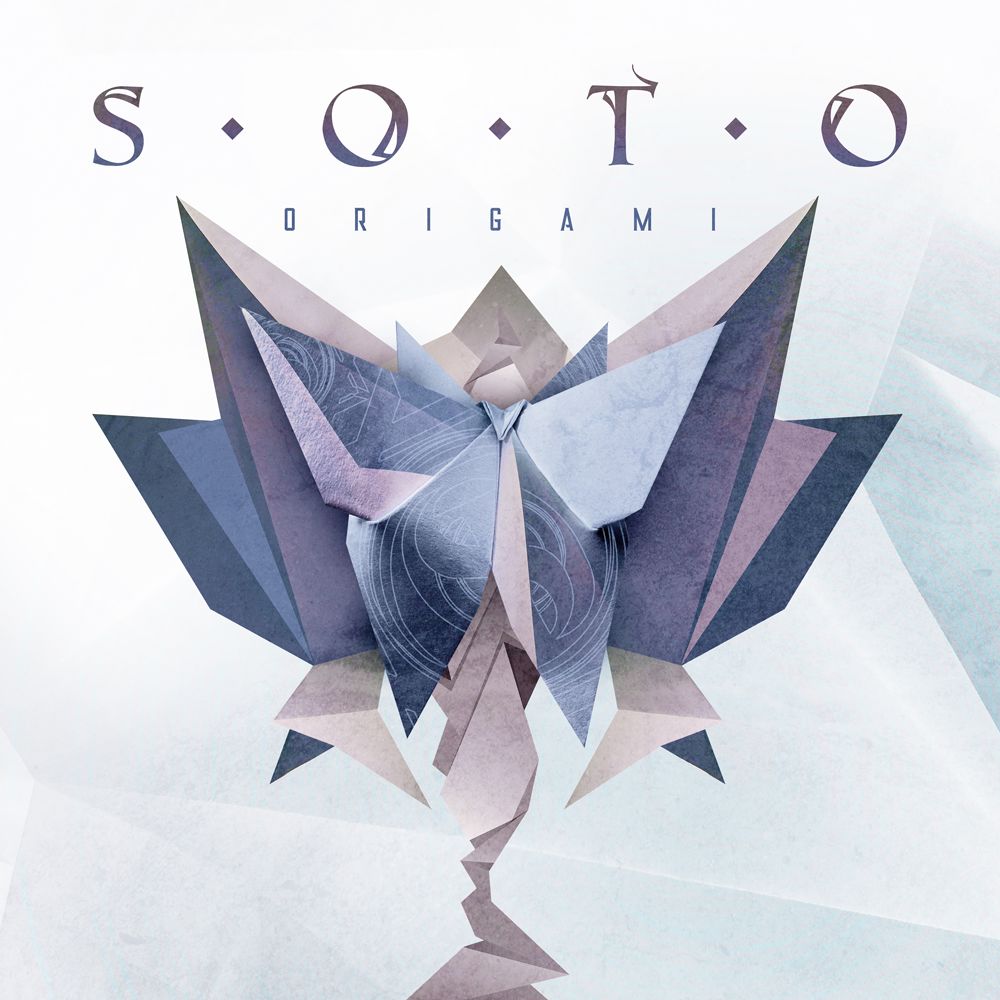 While being busy with Sons Of Apollo singer Jeff Scott Soto talked turkey about his own band Soto with the executives from Inside Out, the record company that released the epic first Sons Of Apollo album. Both parties came to an agreement so the third Soto album entitled ‘Origami’ is their first for Inside Out. A big of a change for the label that now has to deal with a real metal band as Jeff Scott Soto uses this outfit to focus on the heavier side of himself. We all know that Jeff can sing anything as he has proven through the years but with Soto Jeff sounds heavier than ever. More aggression, more groove, direct and in your face with still a decent portion of melody in there, it is a side that does the singer and his band good. Already Sons Of Apollo was a different kettle of fish but Soto is yet again a new milestone in the career of this man. With his voice leading the way Soto blast their way through a bunch of heavy metal songs that have a very modern style, are right in your face and leave no room for any doubt when intense songs like ,,World Gone Colder’’, ,,Detonate’’ (which was originally written for Soto’s brother, who passed away in 2017 and in 2018 released as a tribute to Soto’s bass player David Z who died in an accident while on tour in America with Adrenaline Mob) or ,,Origami’’ crush through the air with just immaculate drum parts from Edu Cominato and whiplashing riffs from Jorge Salan and BJ (who adds some keys to the total sound as well) giving ‘Origami’ grit and enormous strength and power. It is a fact though that ‘Origami’ is more of the same. The first two albums ‘Inside The Vertigo’ and ‘DIVAK’ are not that different when you compare the song material. The big difference that works in favour of ‘Origami’ is that Soto sound more determined, more intense and even more metal for the biggest part of the CD. But when you hear how subtle the band sounds on the first part of the song ,,Torn’’ you just feel what this band is also about. The gas pedal is not always on full throttle with Soto, every now and then the band goes a gear down and for me that is when these blokes are at their best (also the orchestration displayed on ,,AfterGlow’’ is very tasty) As long as these boys keep finding that link between subtleness and pure power and aggression (the Michael Jackson cover ,,Give In To Me’’ combines all the mentioned characteristics to perfection and is the second song, besides ,,Detonate”, that features the late David Z on bass) the future looks bright for Soto!