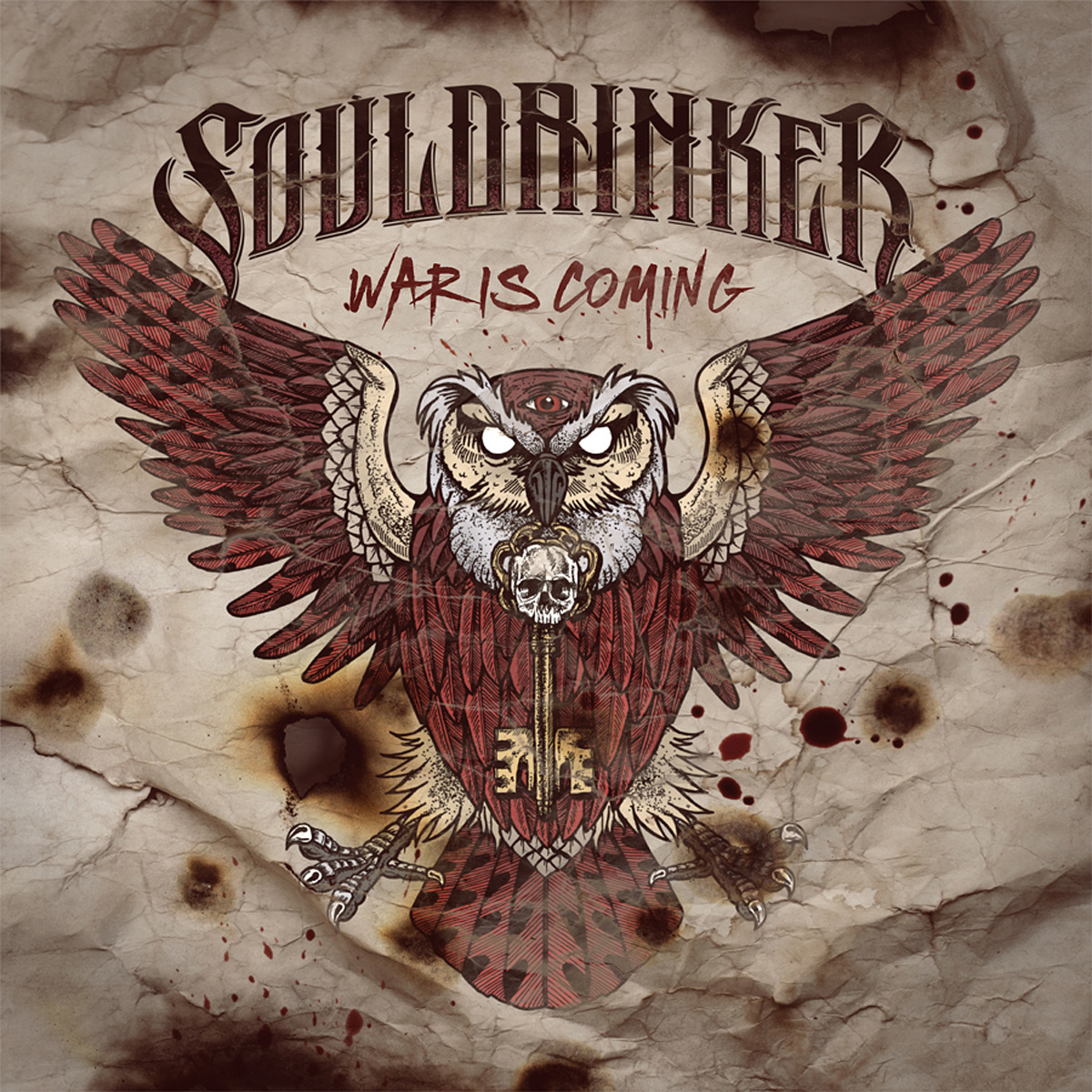 Markus Pohl started this group in 2013 together with female singer Iris Boanda. You might know Markus as the brains behind Mystic Prophecy, which remains his main band (new CD due in January). Further active in Souldrinker are bassist Chris Rodens and drummer Steffen Theurer. The band started off by releasing two EP’s ‘Semper Fidelis’ and ‘Semper Fidelis II’ but ‘War Is Coming’ is their first official full CD. Although I have not much with Mystic Prophecy, Souldrinker is a different kettle of fish. First of all there is Iris who has a throat that probably is being worked over with sandpaper. In the style of Leather Leone she makes quite an impression and has no problems singing fast and furious heavy metal songs like ,,Final Stand’’, ,,Raise The Flag’’ (with a killer riff!) or ,,Let The King Bleed’’. And even when a song is a bit more laid back and more melodic (not that there are many on ‘War Is Coming’) she absolutely stands her ground. The music of Souldrinker is without a shadow of a doubt based on heavy riffs (where some Pantera influences cannot be denied) and it showcases also a more melodic side of Markus Pohl’s guitar playing in comparison with his main band. He has given himself a lot more room to shine and explore his inner self on this CD and that has resulted in a very entertaining, hard edged still accessible melodic heavy metal album with some thrash parts as well. A record that has in all aspects a no nonsense approach, a record that just rocks along nicely, a record that is there to enjoy. Souldrinker…. Remember the name!