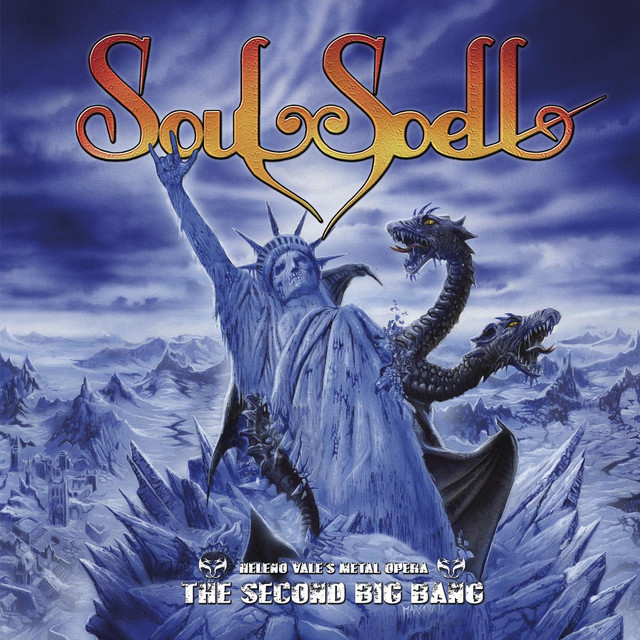 If you are into acts like Avantasia and Ayreon you will certainly have heard of Soulspell as well as master mind Heleno Vale from Brazil who has already three albums under his belt. On ‘The Second Big Bang’ our Brazilian friend again presents a bunch of guest musicians from all over the world, lending their voice or instrumental talents to this project. Even Dutch wizard and Ayreon creator Arjen Anthony Lucassen got involved with this one, which means quite something as he is normally just involved with his own projects. It would take too much room to name every participating musician, they come from Germany to Brazil, from Italy to the UK and Finland. Heleno Vale trusted the production of this CD to Tito Falaschi while Dennis Ward took care of the mix and mastering of the CD that off course has a concept story, otherwise it would not be a metal opera, would it? Musically it is a mix between power, melodic, heavy and symphonic metal and because of some performances and the over the top production the record sounds a bit pompous and here and there over dramatic. There are some excellent bombastic songs on ‘The Second Big Bang’, but just after the release of Ayreon’s new masterpiece ‘The Source’ this one comes across as second in line. Don’t misunderstand me, it is quite a good record with quality musicians, but it just plays second fiddle in comparison with Ayreon. Maybe they should have released this a few months later, as now I think most fans are still busy discovering what ‘The Source’ is all about.